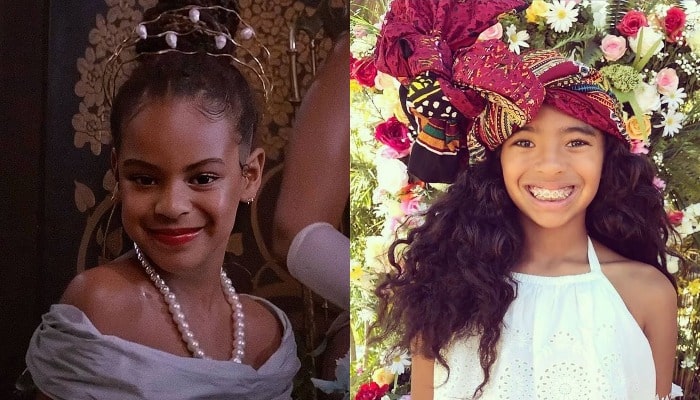 Blue Ivy Carter, the oldest daughter of Beyonce and Jay-Z turns to 9 years old this year.

She was born on 7 January 2012, Beyonce even wears special braids under her name in her Instagram account.

Many people say that Blue looks alike with Jay-Z. However, there are many people also who call her tiny Beyonce.

Blue gains awards since she was young and play in some film. Here are 10 adorable pictures and fact about her.

Read more: Here are 10 Different Looks of Celebrities with and Without Beard

1. Blue Ivy Carter is the oldest child. She has twin siblings, Rumi and Sir Carter

2. She is an American singer like her mother, Beyonce

3. Her name put in Beyonce and Jay-Z albums. In 2013 Beyonce uses names  Blue in her album, while Jay-Z put Blue’s Freestyle/ We Family

4. Her first appears on television was in the autobiographical film entitled Life Is But a Dream in 2013

5. She sings the song Brown Skin Girl with her mother Saint Jhn and Wizkid

6. She wins the NAACP Image Awards for Outstanding Duo or Group in 2020

9. Beyonce posted a piece of paper from Rebecca SoInit’ novel A Field Guide to Getting Lost, telling the meaning of Blue

10. This is the latest look of Blue Ivy which posted by Beyonce in Instagram

Now, this lovely kid is at her 9 years old. She turns to be a pretty girl who has brightness and a sweet smile. Happy Birthday Blue Ivy Carter!