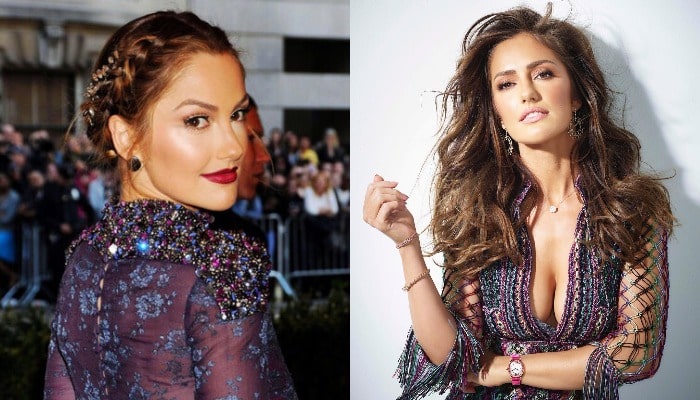 Their relationship is known by people since they have moved to Trevor’s mansion in Los Angeles together.

Moreover, Minka Kelly and Trevor have been together since the pandemic invading the world in the late 20s.

Here are 10 attractive and stunning looks of Minka Kelly, Traver Noah’s lovely girlfriend, which make you fall in love.

2. She has started her career as an actress since 2003. She is also a great model

3. Minka is the daughter of Rick Dufay, Aerosmith guitarist and an actress  Maureen Dumont Kelly

4. She lived with her mother who died in 2008 due to colon cancer

5. Minka told in her Instagram about her decision to have an abortion when she was young. “When I was younger, I had an abortion. It was the smartest decision I could’ve made, not only for myself & my boyfriend at the time, but also for this unborn fetus.”

8. Besides, She was in a relationship with a handsome actor Chris Evan. However, they broke up in 2013

10. Her latest projects were She’s In Portland, Shady Friend  and Lansky in 2020

Read more: Growing Up, These Are 10 Charming Looks of William Franklyn Miller

Minka Kelly is an amazing and beautiful woman. She has a lot of experience in life that we should learn. Congratulation for Minka Kelly and Trevor Noah for their dating!