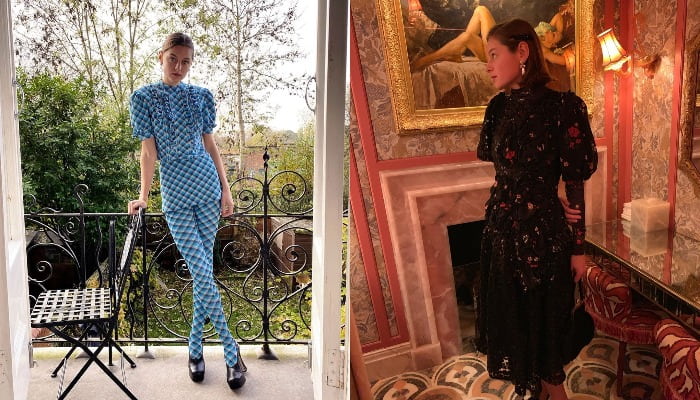 A new movie entitled My Policeman already brought people to watch it as soon as the producer shared the information about the main cast who will play. They are Harry Styles and Emma Corrin, two great actress and actor.

My Policeman is a movie adaptation of Bethan Robert’s novel, which published in 2012. It tells about a triangle love of Tom, Marion, and Patrick. Tom is a handsome policeman whom Marion loved.

However, Tom loves another guy whom he met at the museum, Patrick. Their life begins to be complicated as they need to share Tom for one another.

Emma Corrin, who plays in this movie has won awards for her previous movie. She also has an amazing sense of modesty. Here 10 styles from Emma Corrin, a main cast in My Policeman movie.

2. She was born from a businessman Chris Corrin and the speech therapist Juliette Corrin

3. She ever studied drama at the University of Bristol. However, she changes her study into St. John College, Cambridge

4. Corrin is the oldest in her family. She has two brothers, Richard and Jonty

5. Emma Corrin teaches children at Knysna as a volunteer

6. She plays as Lady Diana Spencer in 2019 which makes her name famous

7. She becomes one of nominatees for Best Actress In A Drama Series at Critic’s Choice Television Award 2021

9. Pant and skirt are her best outfit. Don’t you think so?

10. Her short hair makes people fall in love, especially in her historical drama The Crown

Emma Corrin is a great actress who plays very well in her work. Moreover, she has a great talent and in fashion too. Which styles of Emma Corrin that you love the most?