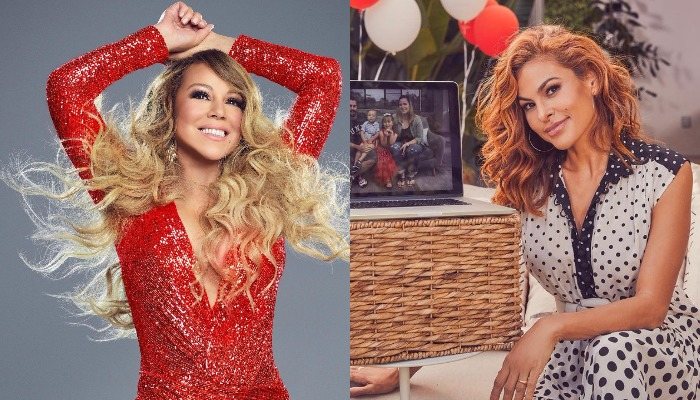 Having a baby when you are at 20s or 30s is normal, since you are in very healthy condition. However, scientist already mentioned that to have a kid in your 40s is a bit risky.

There will be a lot of possibilities during your pregnancy, including premature and miscarriage.

Therefore, many people have been told to be more careful with their condition and on how they treat their body when they are pregnant.

Now, we will see 10 Hollywood stars who have cute and adorable kids at their 40s.

1. Analis Morissette has her third baby when she was 45 years old. She felt happy and a bit afraid at the same time during her pregnancy

2. A great singer, Celine Dion gave a birth to her twin kids when she was 42 years old. They were born premature, but now they turn into two lovely kids

3. Eva Mendes has her second baby with Ryan Gosling when she was 42 years old. She gave a birth in Santa Monica

4. Geena Davis was very happy to have a baby girl when she was 46 years old. The baby was born in Los Angeles Area Hospital in 2002

5. Halle Barry called her second kid as a miracle baby since she gave a birth at 47 years old

6. Julianne Moore has her second baby, Liv Freundlich, when she was 41 years old. This young lady has turned to be a beautiful woman

7. Kim Basinger has her one and only daughter, Ireland Baldwin, at 41 year old. Now, her daughter chooses modelling and actress as her career

8. Marcia Gay Harden also has her twin kids in her 44. She gives names Julitta Dee Scheel and Hudson Scheel Harden

9. Another great singer, Mariah Carey also gave a birth when she was 42 years old for her twins kids

10. Uma Thurman gave a birth to her baby girl as well as her third children at 42 years old

Read more: 10 Hollywood Celebrities Open About Their Bisexuality To Public

There will be a lot of possibilities to give a birth at your 40s, like what happened to some Hollywood stars above. Do you also have a relative who gives a birth at their 40s?