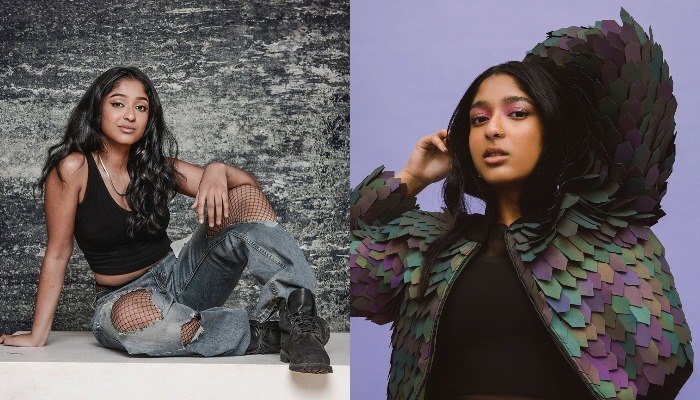 Maitreyi Ramakrishnan has been a Hollywood star as well as a successful teenage actress from her comedy Netflix entitled Never Have I Ever which releases in April 27, 2020.

This young lady could win the cast over the 15,000 candidates, which is so wonderful and awesome.

Maitreyi plays as Devi Vishwakumar, a teenager who tries to make a better thing in her life.

She got a lot of struggle since her father passed away. Then, she tries to wake up from her sorrows and creates a better for her living.

So, let’s check out some facts about this young actress who looks so adorable, but smart at the same time.

1. Maitreyi Ramakrishnan is a Canadian actress who was born on December 28, 2001 in Mississauga, Ontario

2. She begins her acting career in her first Netflix comedy Never Have I Ever

3. She attended acting school and graduated from Meadowvale School

4. Then, she continues her education to York University in Toronto. She takes theater program

5. She was born from a couple Ram Selvarajah, an IT specialist and Kiruthiha Kulendiren who works in marketing

6. Maitreyi has an older brother. His name is Vishwaa Ramakrishnan

8. She ever appeared in an episode in Sidewalks Entertainment, a weekly American television series in 2020

9. This young girl is a big fan of Harry Potter. She looks so cute in Gryffindor outfit

Maitreyi Ramakrishnan is a wonderful actress who works so hard on her work. She even got two nominations from her first film.

What do you think about her? Have you watched her Netflix comedy?