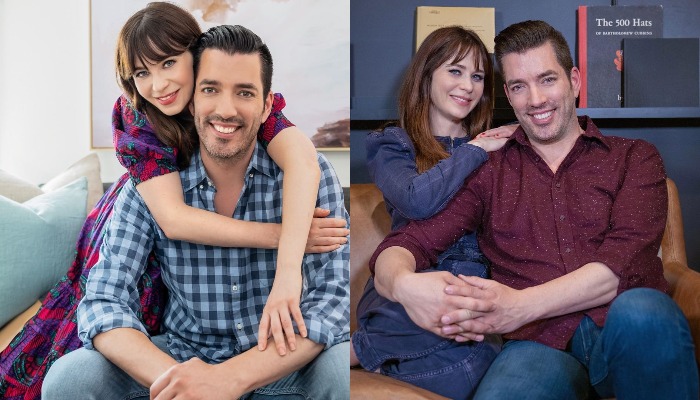 A couple Jonathan Scott and Zooey Deschanel are loving and caring each other.

Both have a close relationship since September 2019. Moreover, Zooey explained that she has the best boyfriend in the world and she is very grateful for it after they admit dating.

Then, in 2019, they went together to Critics’ Choice Documentary Award that held in Brooklyn, New York. They seem so happy to be close to each other at every moment. They also would not be ashamed to share their love in social media.

Once, Zooey told about Jonathan as a great man in her social media. Then, Jonathan comments that he also feels the same.

Moreover, we will look 10 facts about this boyfriend material and how awesome he is in a person. Let’s check them out.

Read more: 10 Awesome Pics of Clara McGregor, Getting bite of a Dog In Red Carpet

1. Jonathan Scott has many abilities. He is a television personality, construction contractor, and film producer

2. He has a twin brother, Drew. They play as the host in Property Bother television series

3. Besides his twin, Jonathan also has one brother, J.D. Scott

4. He has studied magic since he was a child. Therefore, it would not be a surprise that he becomes a successful illusionist

6. He graduated from University of Calgary in Business Management

7. Jonathan is active in helping people. With his magic skill, he entertains children in hospital

8. He was also in relationship with radio producer, Jacinta Kuznetsov in 2016. Then, in 2018, they broke up

9. He has two cute dogs, which he calls his children. They are Gracie and Stewie

Read more: How to Get Gorgeous Lashes Like Your Favorite Celebrities

Both Zooey and Jonathan look so in love to each other. We always hope that they will always be happy for the rest of their life.