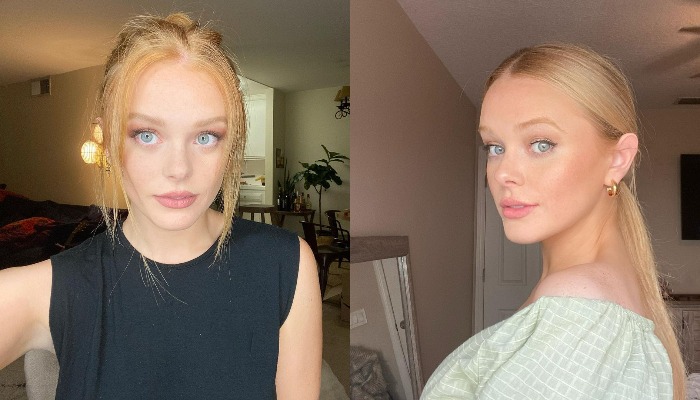 The Winx Saga season 2 production had begun in 2021 in Ireland. There will be 6 episodes of this teen drama, which is explained by the creator Brian Young.

There will be many cast playing in The Winx Saga season 2. They are Abigail Cowen as Bloom, Hannah van der Westhuysen as Stella, Eliot Salt as Terra, Elisa Applebaum as Musa and  Mustapha as Aisha.

Since Abigail Cowen plays as the main character in this drama. We will recover her facts and see how she maintains her beautiful face. Then, here are 10 flawless looks of Abigail Cowen.

Read more: These 9 Celebrities Are Fans of Other Stars

2. When she was 4 years old, Abigail said to her mother about her desire to be an actress. Therefore, her mother takes acting class for her

3. She began her career as a minor character in Red Band Society in 2014

4. She graduated from Florida University, where she took public relations degree

5. Moreover, Abigail also a great model. She started her modelling in 2018 under MC2 Model Management

6. She loves her mother so much. She even explained that her mother is the most kind-hearted human in the world

7. She ever got bullied about her hair when she was young

8. Abigail Cowen has a lovely pair of gray eyes. She looks so wonderfull!

9. She plays in The Power Couple television series in 2019 as Ricochet

10. Her latest project before The Winx Saga season two are Witch Hunt and Redeeming Love in 2021