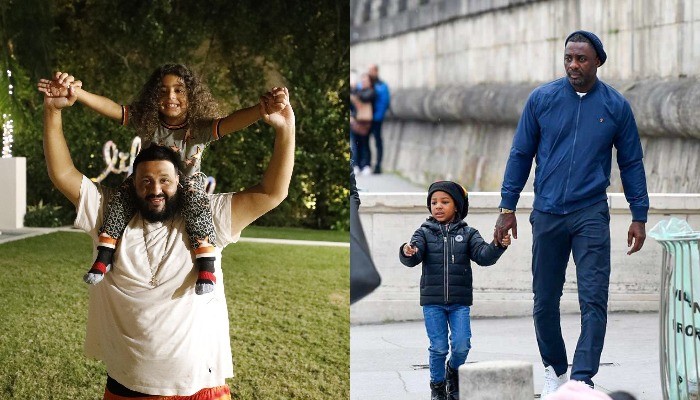 Being a public figure is not an easy job, especially when you already got married. You should give your time as a parent for your children and a celebrity which is completely two different areas.

However, these 10 actors work very well at these two points of life which make people give them a big thump-up for the way they take care of them.

Therefore, here are 10 Hollywood actors who are nominated as great celebrities and amazing father figures at the same time that you should know.

1. Chris Hemsworth made a birthday special dinosaur cake for his daughter India. He also loves playing with three of his kids

2. Alexis Ohanian’s daughter is really proud of her father. Alexis also ever wore a mask with the words ‘Daddy Girl’

3. Beckham is a great daddy who always spending time for his family. His family shares many great moments in social media

4. DJ Khaled really loves being a parent for his two kids. He says, “I want them to enjoy being kids as long as they possibly can. I try to keep it like how we grew up as much as possible.”

5. Dwyane Wade put his best support for his child, Zion, who decides to do a transgender

6. Idris Elba is a such sweet daddy. He loves playing with his kids and taking care his children. He even showered his kids by himself

7. Jason Momoa always tries to give his quality time with his kids. He said that his family keeps him in the sky but also grounded at the same time

8. John Krasinski thinks the most important as being father is to give your present for your kid. Thus, he tries to spend time with his daughter

9. John Legend is an amazing father. He changes his daughter’s diaper, and even writes a song about it

10. Many people agree that Ryan Reynolds is a great father. He changes diaper and an expert storyteller for his kids

Those actors play both roles as parent and celebrities very well. Many people are amazed by their skill and how they manage their time. Who is the best daddy from 10 of them in your opinion?