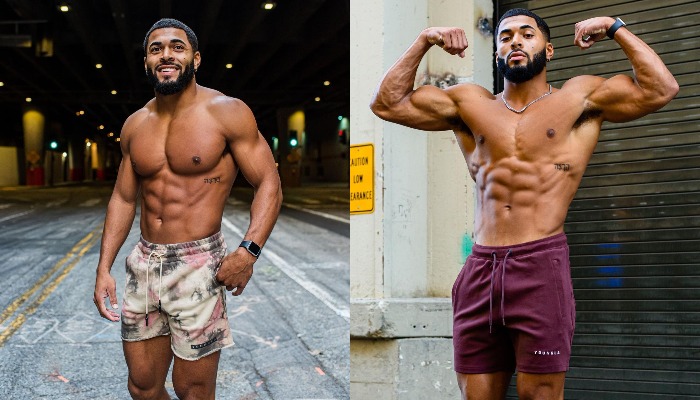 An up-to-date news comes from Johnny Middlebrooks, a cast of Love Island, and Malika Haqq.

Both reportedly are having a close relationship since they were founded kissing more than one time while holding hands.

On June 25, someone saw them together and having multiple kisses. Neither Johnny Middlebrooks nor Malika Haqq response to the rumor of their dating.

Moreover, Malika is a new mother for her one and only baby boy, Ace who was born on March 14, 2020 with her ex-boyfriend.

Therefore, we will see closer to some information about her boyfriend to be Johny Middlebrooks and his awesome six pack body pictures. Let’s check them out!

1. Johnny Middlebrooks is a member of Love Island, a reality show to find their soulmate for a serious relationship

2. Johnny said that he will be a good future boyfriend, since he has the ability to listen to someone, forgive people, understand, love, and care, as well as compromise

3. He also explained that Will Smith is his role model. Beside that, Jada Pinkett Smith is one of his favorite actress

4. He loves going hiking, having photography as well as running. It would not be a surprise to see his athletic body

5. He attended a Mount Olive College, which is located in North Carolina

6. Johnny has his sister, Olivia to be his manager. Moreover, Olivia is a model too

7. Johnny has a unique hobby, cutting hair. One time, he helped his friend’s hair to get a fresh cut

8. He also loves wearing hats. Sometimes, he wears it during his time to go to gym

9. Johnny Middlebrooks has the Hebrew tattoo under his left chest

10. He has another sister, who already married. Her name is Georgia Marie, a mother of two adorable kids

Read more: 10 Family Portraits of A Singer Chris Lane, Being A New Father

What do you think about Johnny Middlebrooks and Malika Haqq relationship? Do you think that both are actually dating?