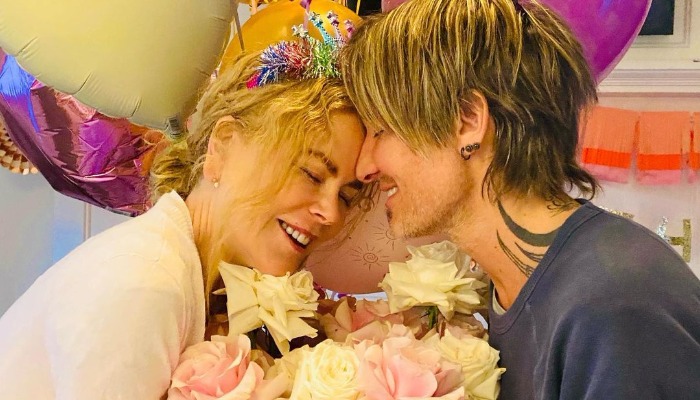 A sweet couple, Keith Urban and Nicole Kidman shared their special day in Instagram which showed a true love for each of them.

They were celebrating 15 year anniversary of their married life together, which was posted by Keith in his Instagram.

15 years ago, on June 25, 2006 both Keith and Nicole declared their vows in front of a lot of people sincerely to be a husband and a wife.

Moreover, until these days, both seem not afraid and shy to show their love in front of many people.

Want to see how close and sweet they are together? Let’s see 10 sweet and adorable pictures of Keith Urban and Nicole Kidman that will make you envious.

1. Keith Urban and Nicole Kidman firstly met in 2005. Both thought that each of them is interesting person

2. They met in G’Day USA gala to give a honor for Australians in Los Angeles

3. Before marriage, both were in relationship with another person. Nicole was an ex-wife of Tom Cruise, while Keith dated supermodel Niki Taylor

5. Nicole Kidman has two children who were adopted from her last marriage with Tom, Isabella, and Connor. Then, she and Keith has one kid from their marriage, Sunday and Faith Margaret, who they have from surrogate in 2010

6. Keith Urban loves putting tattoos on his body. He makes a tattoo under his wife’s name, Nicole in his hand

7. Both are very successful in their career, Nicole Kidman as an actress while Keith Urban as a musician

8. Now, their cute and adorable daughter, Sunday Rose makes her step to follow her mother’s career. She becomes a voice over in The Angry Birds movie 2

9. They have two pets, a cat which names Ginger and a cute dog which they were called as Julian

10. People said that both Nicole Kidman & Keith Urban look so cute and adorable in every occasion

Read more: These 10 Celebrities Look Awesome in Their 50s

Happy anniversary for Keith Urban and Nicole Kidman. We hope that they will always be happy till the end of the day. Congratulation!