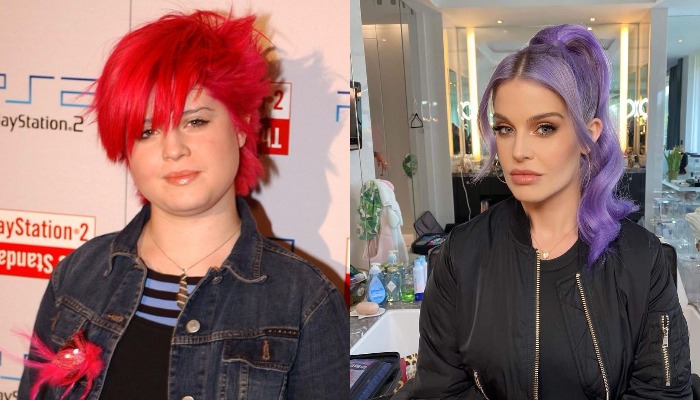 People try to guess whether a beautiful and gorgeous television personality, Kelly Osbourne is having a plastic surgery to her face.

Many of them ask the question since they think that Kelly looks so awesome day by day. She also lost her weight so much from her younger appearance.

Regarding to the rumor, Kelly explained that she has never done any surgery to her body and broke the rumor.

Furthermore, in her social media, she told fans that she only has injections to her lips, jaw, and forehead. She asked people to stop this rumor, but happy for her instead.

Now, we will look up Kelly Osbourne appearances and how awesome she is as a person.

1. The name of Kelly Osbourne has been well known for her appearance on the reality show The Osbournes which released in 2002 until 2005

2. She is a daughter of an English singer and songwriter, Ozzy Osbourne and an entertain Sharon Osbourne

3. She has two siblings, Aimee and Jack. Besides, she also has two half-siblings. They are Jessica and Louis

4. She attended the girl school Pipers Corner school in England

5. Beside as an actress, she has been a presenter in American television series Fashion Police since 2010 to 2015

6. She and her mother join Give a Damn campaign to help the discrimination of LGBT

7. Kelly already engaged to her partner, Matthew Mosshart. Her fiance proposes her when they went to Anguilla for holiday

8. Before engaging to Matthew, she was in relationship with Luke Worrall. But, they split in 2010

9. Moreover, Kelly changes her appearance as she grows up. She lost about 38 kg from her teenager

10. She said she ever got into the condition when she was addicted to alcohol for 4 years in one reality show

Kelly Osbourne already explained us that she has never done a plastic surgery. We always hope the best and success in her career for her future.