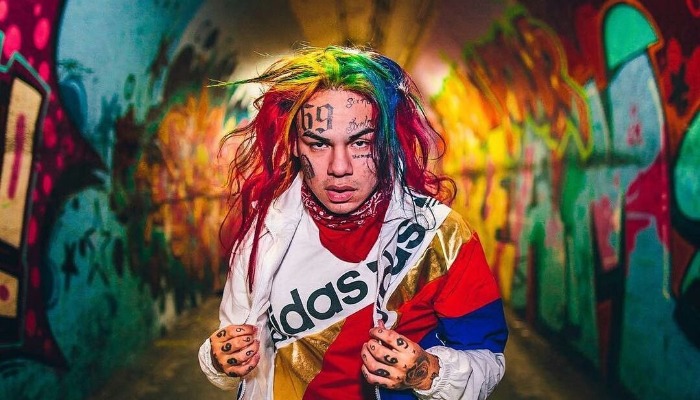 Daniel Hernandez, known as Tekashi 6ix9ine, first decided to rap in 2012 after he met a record label CEO, Peter Rodgers.

He then released rap songs, such as 69, Pimpin, and Who The Fuck is You in 2014. Daniel became famous because of his rainbow hair and extensive tattoos.

In April 2017, he released Poles1469, along with Trippie Redd. He also launched his first commercial single named Gummo.

That single reached #12 on the US Billboard Hot 100. He received platinum certification from the American recording association, RIAA, for this song.

A year later, Daniel launched a debut mixtape named Day69. It peaked at #4 on the Billboard 200 album chart.

The rapper featured Nicki Minaj and Murda Beatz for his single Fefe and it got double platinum from RIAA.

He finally launched his first album called Dummy Boy. It peaked at #2 on the Billboard 200.

In 2019, Daniel got a contract to release the album in English and Spanish, his single Yaya, released in 2020 is in Spanish.

2. The rapper poses with several kittens

3. He poses in front of his colorful car

4. His bright blue outfit is head-turning

5. A close-up look from the rapper

6ix9ine has built his rapping career and big following even though he contributed to many controversies.