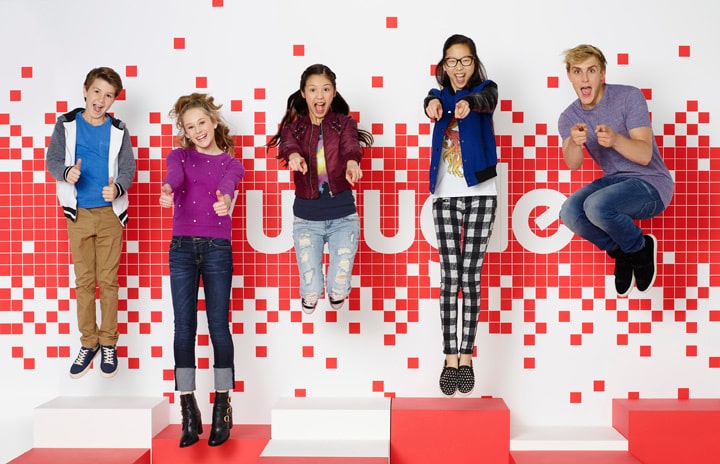 Do you still remember a TV series from Disney channel Bizaardvark? It tells about two young girls who are best friends and close to each other, Frankie Wong and Paige Olvera.

They are posting funny and comedic videos on Vluuge channel which become hit until 10 thousand subscribers.

After that moment, Frankie and Olvera go to Vluuge studios where they meet the other Vluugers.

Since this series already finished, All the cast from Bizaardvark already changed to be more mature. Here are 7 then and now pic of Bizaardvark cast.

Read more: Received Many Awards, 7 News from the Cast of “Victorious” Sitcom

1. Madison Hu plays in Remnants of the Fallen in 2020. She also cut her hair to short and fresh style

2. DeVore Ledridge opened her YouTube channel on January 1, 2014. Besides, she is also active in Tik Tok @devorelol

3. The cutie Elie Samouhi grows as a teenager. He plays in Upside Down Magic in 2020

4. Ethan Wackerc is a college student now. He accepted in Vanderbilt University

5. Jake Paul is a successful YouTuber who has a huge fan. He is dating Tana Mongeau since 2018 whom he calls his wife

6. Maxwell Simkins looks cuter when he grows up. His latest films is The Sleepover which released on August 21, 2020 in Netflix

7. Olivia Rodrigo is talented in acting and singing. Her song Drivers License  takes the attention from people, especially in Tik Tok

Read more: Then & Now, 9 Charming Looks From The Cast of ‘Girl Meets World’

They turn to be very beautiful and handsome as they get older. Some of them prefer to stay as actresses and actors, while the other choose other career as singer and YouTuber.

Who is your most favorite person in Bizaardvark TV series?