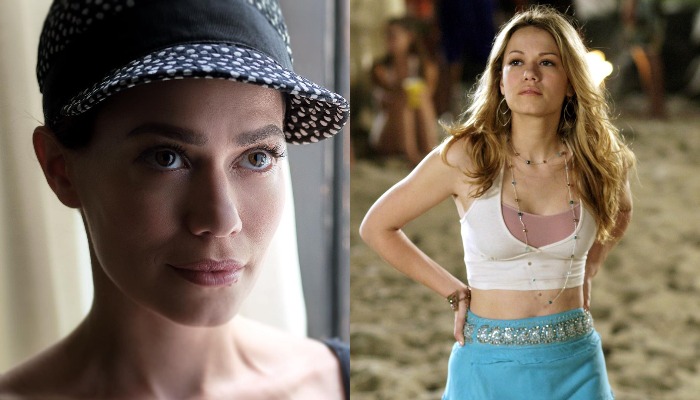 Do you still remember a teenage drama One Tree Hill? This drama released in 2003 until 2012, or about 18 years ago.

However, people still love this drama regarding to how awesome the cast members’ acting skill were.

Since this drama was ended a few years ago, the actors and actresses who play in this drama changed to be more mature and more beautiful.

Therefore, you probably won’t recognize them if you were not a big fan of them.

Thus, we will look then and now pictures from 9 One Tree Hill cast and how their lives nowadays.

Read more: Home Alone, 9 Now And Then Pics From The Cast

Antown Tanner already married to his girlfriend, Nic and having 4 lovely children, Hillary, Mari, Twon, and the other child whom the name didn’t reveal. Moreover, his latest and upcoming project is The Leash that you have to watch.

Barbara Alyn Woods got three beautiful daughters from her marriage to John Lind, who are all great American actresses. Her latest project was Walk.Ride.Rodeo., where she acted as Jenna Walters in 2019.

Bethany Joy Lenz had married to Michael Galeotti in 2005, but decided to divorce in 2012.  She got a rumor dating with Josh Kelly. In 2020, she played Just My Type, A Valentine’s Match, Blindfire and Fire Star Christmas.

Chad Michael Murray is a great writer. He published his first book entitled Everlast in 2011. Then, in 2017 he wrote American Drifter: An Exhilarating Tale of Love and Murder with his co-writer Heather Graham.

Hilarie Burton is a great author of New York Times bestseller book The Rural Diaries and the owner of coffee and candy shop which called Sameulsweetshop.

Read more: 9 Funny Stories of Celebrities When They Were Sober

Jackson Brundage  is an actor and voice over for Foo in Harvey Beak Nickelodeon series. Now, he grows up to be a teenager who looks so handsome and gorgeous.

James Lafferty ended the relationship and now he engaged to Alexandra Park on 7 September 2020. His latest project is Everyone is Doing Great as the main role.

Paul Johansson is still active in his career In his 50s,. He played at NCIS as Porter Brandt in 2020. He is also a director for television series Van Helsing in 2017.

Sophia Bush is an active celebrity, including as a narrator the podcast. In 2018, she got her Nelson Mandela Changemaker Award. Her latest projects are False Positive and Hard Luck Love Song.

Wow! All of the One Tree Hill cast completely changes to be awesome actors and actresses. Therefore, from 9 Hollywood celebrities above, who is the most unrecognized star to you?