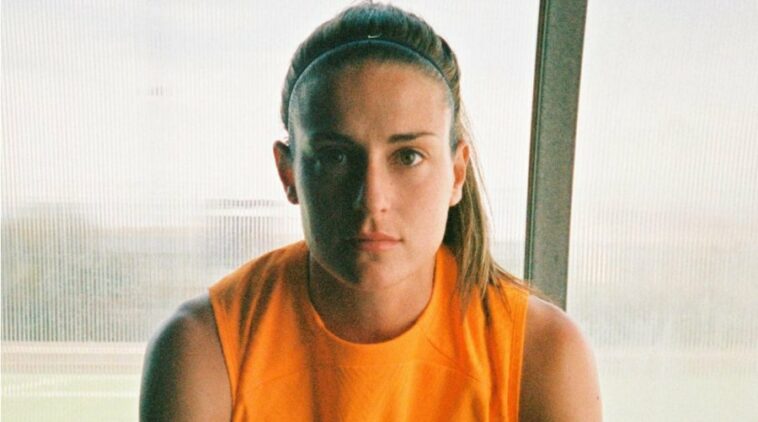 Alexia Putellas began playing football in 2001 when she was 6. She began by joining her first club CE Sabadell.

In 2005, she spent joining the FC Barcelona youth academy for a year before she join with RCD Espanyol youth team when she was twelve.

She stayed at RCD Espanyol for four years before making her professional debut at the same club, Espanyol, at the age of 16.

At Levante, she appearance in 34 matches and scored 15 goals. With that stat, she became the top scorer that season.

In the 2014 Copa de la Reina, she helped Barcelona go to the quarterfinals against Real Sociedad. She participated in Champions League and scored a goal against Slavia Prague, bringing the team to victory.

In 2018, she wore Barcelona’s captain’s band for the first time in a match against Santa Teresa after all the captains were benched.

In the same season, she became the sole scorer in the 2018 Copa de la Reina, which brought Barcelona to the semi-finals.

She became the official captain of Barcelona in the 2018-19 season. Wearing the captain’s band, she participated in the Champions League and scored the only goal as Barcelona defeated BIIK Kazygurt.

In the same year, she became the first player to score at the Estadi Johan Cruyff in a match against Real Madrid.

She also started playing for Spanish club early when she was fifteen. She took part in the UEFA U-17 Women’s Championship in 2010 as her first major international.

The next year, she competed in the 2012 UEFA Women’s U-19 Championship and became the captain for the Spanish team.

She marked her international senior debut at the 2013 European Championship where Spanish had a match with England.

“Barcelona and Spanish players are among the best in the world, and we have proven it.”

“There’s so much hope and pride for what Barcelona has done, where our league goes and our Spanish players,”

“At last, we started to enter in the important tournaments lately and, to a certain extent, we could take away the inferiority complex. I think that the mindset is that, to take advantage of every daily opportunity to improve and rise to the challenge of the tournament. [We must] keep doing what we have done until now.”

“Compete and having a winning mindset then the results will come.”

“When I led the ‘war cry’ in the pregame huddle, I told the others to set aside any emotions that might neutralise our game and to focus on competing.”

“Just seeing the ball go in was thrilling. I felt so proud, especially for my family.”

“The first thing that this situation made clear to me is the real and pure love I have for this sport.”

“To my teammates, I am with you and trust you completely. I know what you are capable of doing every day and how powerful you are.”

Alexia Putellas has been playing football since she was 6 and been a Barcelona fan since she was a kid. Having been awarded with Ballon d’Or, she is undoubtedly the best female footballer.