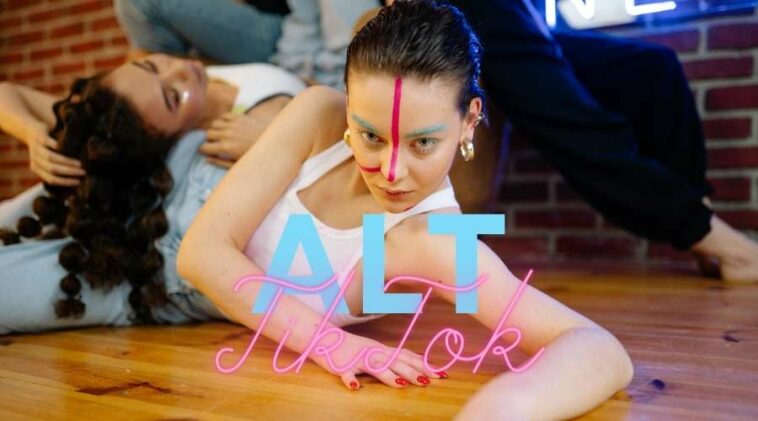 It is pretty crowded to make a definition about ‘Alt TikTok’ since there is a collision in the world of TikTok.

But we are here not to discuss that collision because we first just need to define the meaning behind this term.

Even though there is no clear explanation and validation for this modern term, we can understand the meaning through the discussion of TikTok society.

Read also: What is XYZCBA? Meaning and Origin

Alt TikTok is actually an abbreviation for Alternative TikTok, which basically means that it includes the ‘good side’ of the platform.

That ‘good side’ has to be questioned because that is actually sarcasm to describe a cringe-version of TikTok.

Types of videos that are included on this platform are punks, artsy people, people who love music and fashion, and any other artsy stuff.

Usually, creators who are under this type of TikTokers use the color customizer filter and songs by Indie/Alternative singers, dye their hair partially, skateboard, and any aesthetics from the early 2000s.

Actually, there is no real history that tells the original story of the increasing usage of Alt TikTok term before.

But as more people use TikTok, the more people know about various modern slang terms on TikTok, such as this term.

Even though in the early years of TikTok popularity this term hasn’t yet come, this term is assumed to appear after the dance videos became viral.

The artsy people then began to exist on this viral platform and use this platform to express their artistry style.

Read also: What is DC? Meaning and Origin

Even though some people might resonate with ‘Alt TikTok’ as one of the cringest versions of TikTok content and creators, this type of TikTok is refreshing.

It surely can help the viewers to see TikTok in a different way, exploring others’ creativity through the pleasing content on that viral platform.