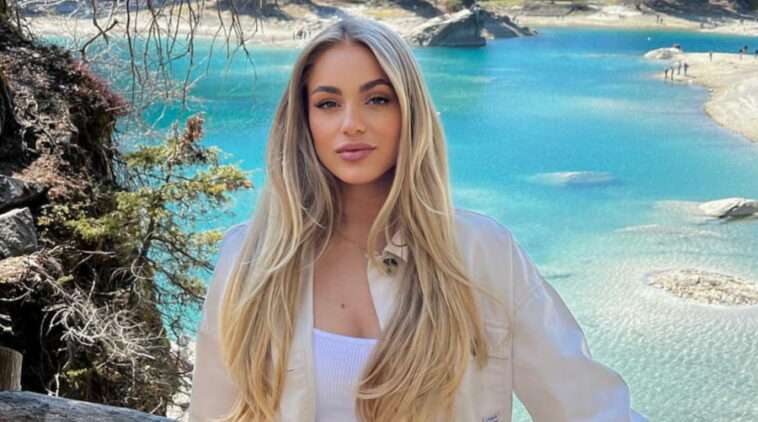 Ana Maria Markovic was born in Croatia, but moved to Switzerland as she grew up. She began playing football when she was 14 in Switzerland.

She played football as she was motivated to see the growth of women’s football. Her professional career began when she was 18.

She makes remark for her professional debut by joining FC Zürich in 2017 and continue her football journey with FC Zürich for three season.

While at FC Zurich, she scored 7 goals in 26 appearances before moving to Grasshopper in 2020. In her two years with Grasshopper, she made 55 appearances and scored 15 times .

While she growing up in Switzerland, Ana Maria Markovic represented her birth country Croatia in international tournament.

She was called up to represent Croatia in the 2023 FIFA World Cup qualification that was held at Aldo Drosina, Pula, Croatia.

“If we women had as much time to regenerate as the men, we would be much more advanced than we are now.”

“I played in some little-known amateur clubs. At first it started as a form of a hobby, but then thanks to all the support I received from my family and my environment, I was improving. I was always a forward, it was what I liked the most – scoring goals.”

“My path to get to where I am today was quite long and hard, the change from Croatia to Switzerland was not easy at all. Although of course, the fact that Switzerland is so welcoming and so beautiful made everything a little easier.”

“I’d rather earn more money with what I love: football.”

“My talent was born from training, dedication and perseverance, that is the key, of course I always feel that I can improve more. I train almost every day of the week.”

“My goals always year after year is to be able to compete to win the league and all the trophies that are within our reach.”

“My favorite player is undoubtedly Cristiano Ronaldo, and he always will be. What he did and continues to do throughout his football career is impressive and incomparable. I consider him the best in the entire history of football. My favorite Croatian player though is Luka Modrić”

Though she is happy as her name is listed as the most beautiful footballer, Ana Maria Markovic rejects the idea of her as the sexiest. For her, people see her as a footballer more important than what on the outside.