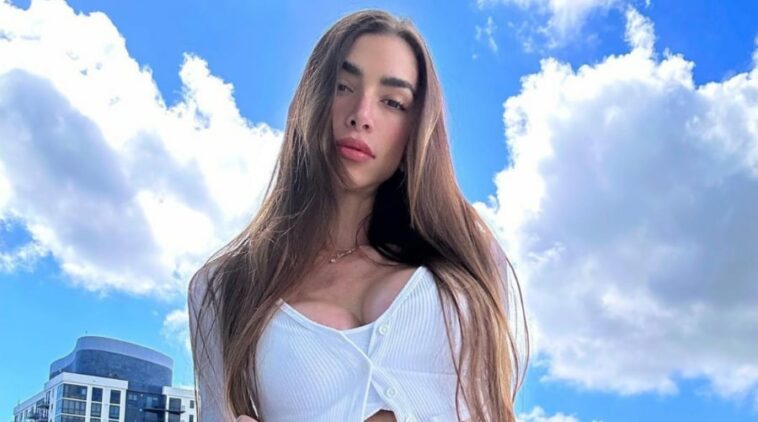 Anllela Sagra is a Colombian fitness model, fitness trainer, bodybuilder, OnlyFans star, and YouTube star. She was famous because of her attractive body and firm abs.

Anllela Sagra’s enthusiasm for wellness and fitness began when she was 18. At that age she began hitting the gym.

Though her friends suggested she quit if she wanted to pursue modeling, she took an interest in fitness competitions instead.

When one of her coaches in the gym suggested her to make fitness and bodybuilding as career, she took the suggestion in and started giving fitness training through sites.

She started her YouTube channel focusing on giving tips about wellness and well-being.

Anllela Sagra has been dating fellow bodybuilder Tomas Echavarria since 2015. They have been in a relationship and she is often sharing photos of them on her social media.

Anllela Sagra’s net worth is estimated at $3 million. She is sponsored by supplement brand 1Up Nutrition. Her name is known among bodybuilders and fitness models.

She accumulated her wealth from her modeling and endorsements. She also works as a trainer which can help her earn her wealth.

On OnlyFans, she charges a regular price of $24.99/month

“I was very committed and passionate to my fitness journey. That made everything much easier for me since I was enjoying what i was doing.”

“Keep trying no matter how many times you have to start again. Keep moving.”

“I just really like to show people how putting yourself as a priority and giving yourself love makes you feel really good and helps you to get better results in your life.”

“Believe in yourself, even if others don’t”

Though Anllela Sagra intended to become a fashion model at the beginning, she found her way to fitness and her love of fitness made her become a trainer and fitness model instead.