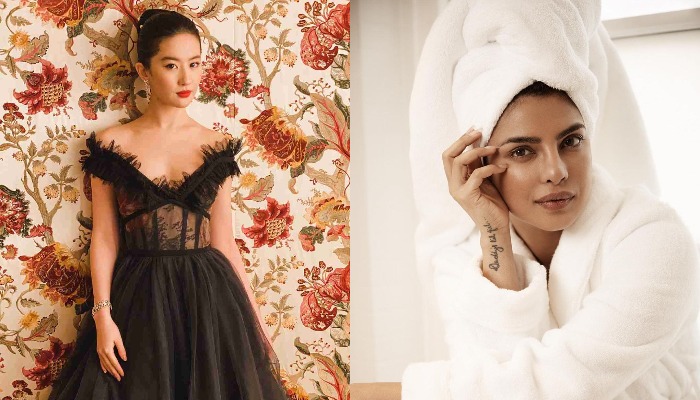 Many Asian actors and actresses are actually famous in Hollywood. Through their acting career and singing skill which are awesome, many people recognize them.

Moreover, fans even do not know that some famous celebrities in Hollywood actually are Asian.

Some of the stars are a true Asian family, which means their parents are born as Asian. The rest is half-blood Asian from different nationality.

Therefore, we will look 9 Asian actors and actresses who have a great career. Let’s check all of them.

Read more: Check Out 10 The Most Beautiful Korean Celebrities

1. Constance Wu, an actress who played in Crazy Rich Asian in 2018. Her parents are Taiwanese people

2. You probably know a beautiful wonder woman, Gal Gadot. She is an actress and model from Israel, Western Asia

3. Hailee Steinfield is not only a great singer, but also an awesome actress. Her latest project is Hawyeke. She got Filipino blood from her mother

4. No one doesn’t know Jackie Chan. He plays in many awesome movies, such as The Karate Kid with Jaden Smith

5. Jet Li has Singapore citizenship in 2009. He plays well in Martial Art Action

6. Joe Taslim is one of talented actor who plays in Fast and Furious. He is Indonesian citizen

7. Liu Yifei plays as Mulan in Disney film. She is from Tiongkok with a lot of fans from all over the world

8. Natalie Portman is Isreal-American actress. She got an Asian blood from her father

9. Priyanka Chopra, Nick Jonas’ wife is Indian actress. She is one of the famous actress nowadays in Hollywood

Read more: 10 Transformations of Mackenzie Foy, A Daughter of Bella in Twilight

Asian celebrities have a special power in Hollywood which make them look amazing. For you, who is the most creative and wonderful Asian actress and actor?