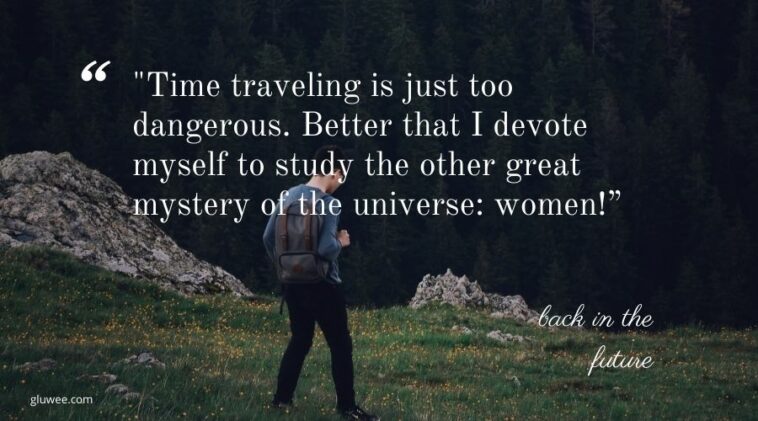 Back To The Future Quotes – When it comes to movies, there’s no end. Many things that are unique, funny, entertaining, and motivating from a film. one of the following films entitled, Back To The Future.

It has an inherent main cast for us all, namely Michael J. Fox, Christopher Lloyd, Lea Thompson, and Crispin Glover.

This film tells the story of Marty McFly, a teenager who accidentally time travels from 1985 to 1955. He meets his parents at school and ends up being loved by his mother.

Marty must repair the ravages of history by getting his parents to fall in love, and find a way to return to 1985 with the help of scientist Doctor Emmett “Doc” Brown.

This film describes how a person’s success and way of life affects and changes many things. Back to the Future was released on July 3, 1985, and grossed over $381 million internationally, becoming one of the highest-grossing films of 1985 at the time.

The film received great enthusiasm and success. There are many things we can take from this film, because this film really describes the world of the future and how to change things that have already happened so that they don’t happen again.

There are many things that we can learn from the experience, and there are interesting quotes in this film for all of us.

This film is also very relatable to you, the adventurer in your life and the struggle in every hard work you do.

In this case, we can take a lot and share in the following quotes from the movie Back To The Future.

For that, here are 60 Back To The Future quotes about the future and the struggle to change things that are happening, which can be learned from the meaning below.

Back To The Future Quotes Describing Life For Reality 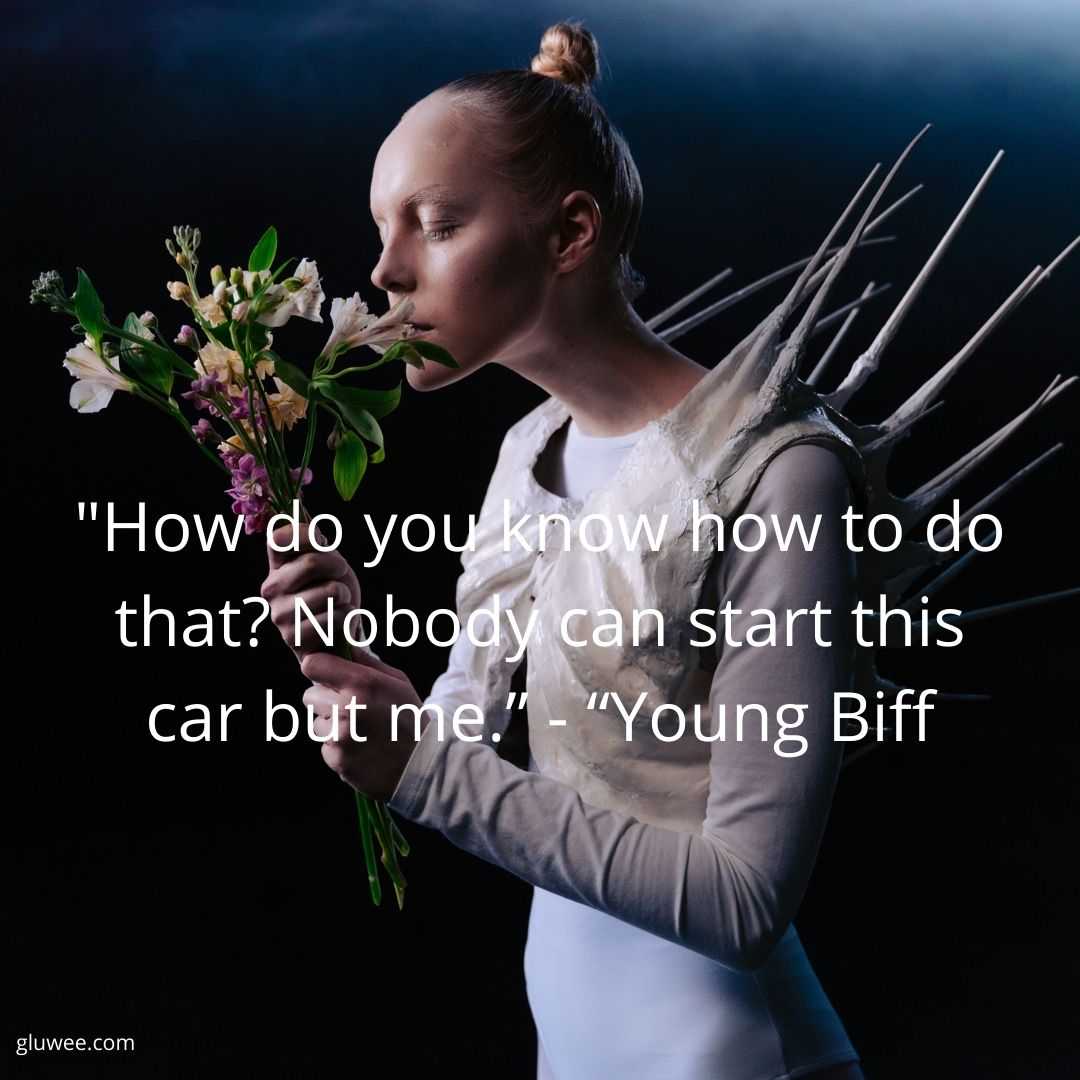 1. “This is all wrong. I don’t know what it is. But when I kiss you, it’s like I’m kissing…my brother. I guess that doesn’t make any sense, does it?”

2. “That’s about as funny as a screen door on a battleship.”

3. “It’s “Leave” you idiot! Make like a tree & leave! You sound like a damn fool when you say it wrong!” -Biff Tannen

4. “I can’t believe you’d loan me your car without telling me it had a blind spot. I could’ve been killed!” -Biff Tannen

7. “Unbelievable, that old Biff could have chosen that particular date. It could mean that that point in time inherently contains some sort of cosmic significance. Almost as if it were the junction point for the entire space-time continuum. On the other hand, it could just be an amazing coincidence.”

8. “Welcome to the Cafe 80’s, where it’s always morning in America, even in the afternoon.”

9.“Western Union. Actually a bunch of us at the office were hoping that you could shed a little light on the subject. You see, we’ve had this envelope in our possession for the past seventy years. It was given to us with explicit instructions that it be delivered to a young man of your description answering to the name of Marty at this exact location, at this exact time, November 12, 1955. We had a little bet to see if this “Marty” would actually be here. Looks like I lost.”

10. “Within two hours of his arrest, Martin McFly Jr. was tried, convicted and sentenced to fifteen years in the state penitentiary? Within two hours?”

11. “Time traveling is just too dangerous. Better that I devote myself to study the other great mystery of the universe: women!”

12. “The appropriate question is, ‘When the hell are they.’”

13. “If you’re gonna build a time machine into a car, why not do it with some style?”

17. “Since when can weathermen predict the weather, let alone the future?”

18. “Last night, Darth Vader came down from Planet Vulcan and told me that if I didn’t take Lorraine out, that he’d melt my brain.” 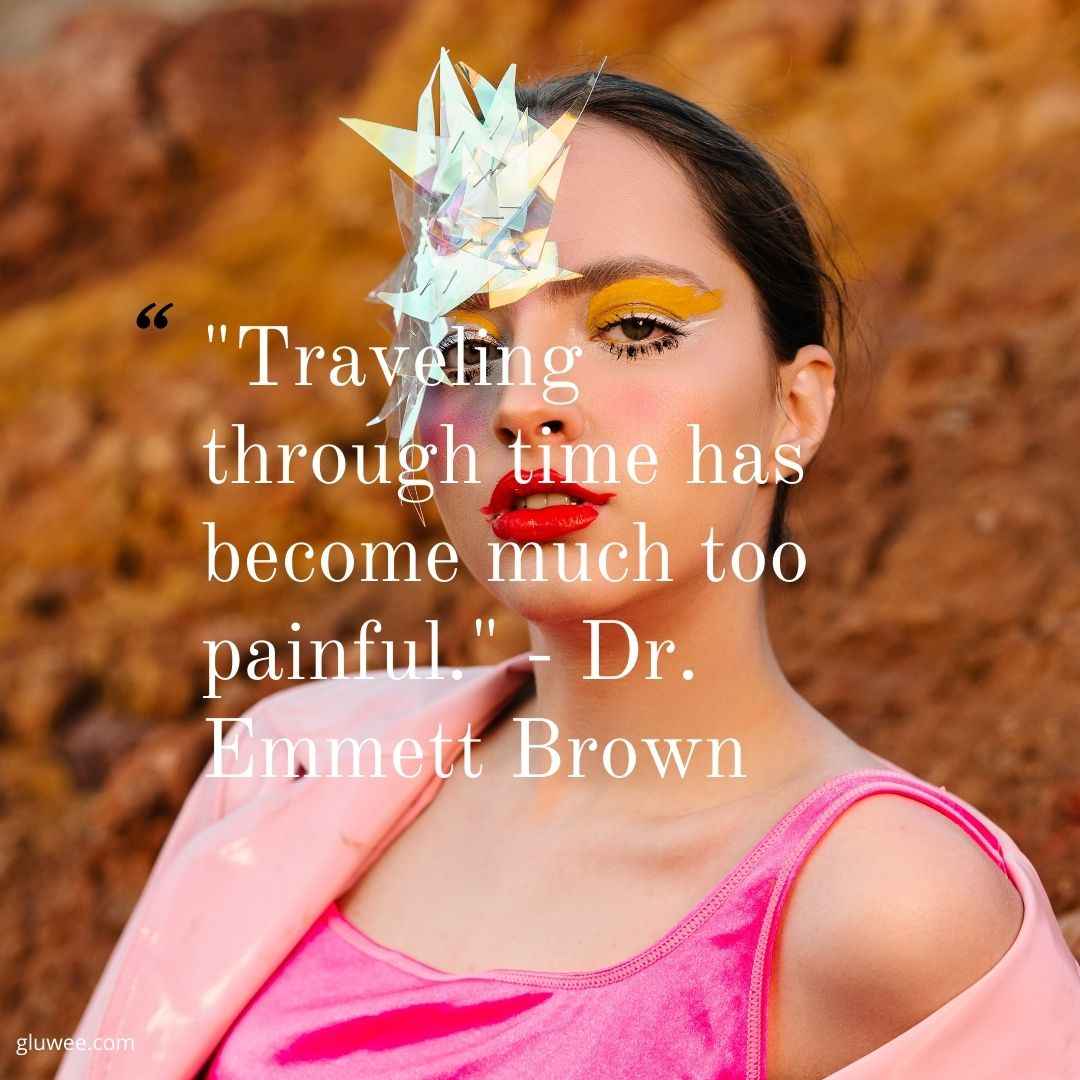 21. “Wait a minute. Wait a minute Doc, are you telling me you built a time machine out of a DeLorean?”

22. “Whoa. Wait a minute, Doc. Are you trying to tell me that my mother has got the hots for me?”

19. “If you put your mind to it, you can accomplish anything.”

23. “Please Marty. No one should know too much about their destiny ”

24. “The justice system works swiftly in the future now that they’ve abolished all lawyers.”

25. “The time-traveling is just too dangerous. Better that I devote myself to study the other great mystery of the universe…women! ”

26. “There’s something very familiar about all this. ”

27. “Last night, Darth Vader came down from Planet Vulcan and told me that if I didn’t take Lorraine out, that he’d melt my brain.” – George McFly

28. “Next Saturday night, we’re sending you back to the future!” – Dr. Emmett Brown

29. “Don’t worry. As long as you hit that wire with the connecting hook at precisely 88 miles per hour, the instant the lightning strikes the tower… everything will be fine.” – Dr. Emmett Brown

30. “Of course…from a group of Libyan nationalists. They wanted me to build them a bomb, so I took their plutonium and, in turn, gave them a shoddy bomb casing full of used pinball machine parts. Come on! Let’s get you a radiation suit…we must prepare to reload.” – Back To The Future’.

32. “Wait a minute, Doc, are you telling me that my mother has got the hots for me?” -Marty McFly, ‘Back To The Future’.

33. “There’s that word again! Heavy! Why are things so heavy in the future? Is there a problem with the Earth’s gravitational pull?” -Dr. Emmett Brown, ‘Back To The Future’.

34. “Marty, the future isn’t written. It can be changed…you know that. Anyone can make their future whatever they want it to be.” -Dr. Emmett Brown, ‘Back To The Future, Part III’.

35. “Well, there are plenty worse places to be than the Old West. I could’ve ended up in the Dark Ages. They probably would have burned me at the stake as a heretic or something.” -Dr. Emmett Brown

38. “Emmett Brown: It means your future hasn’t been written yet, no one’s has. Your future is whatever you make it, so make it a good one.” 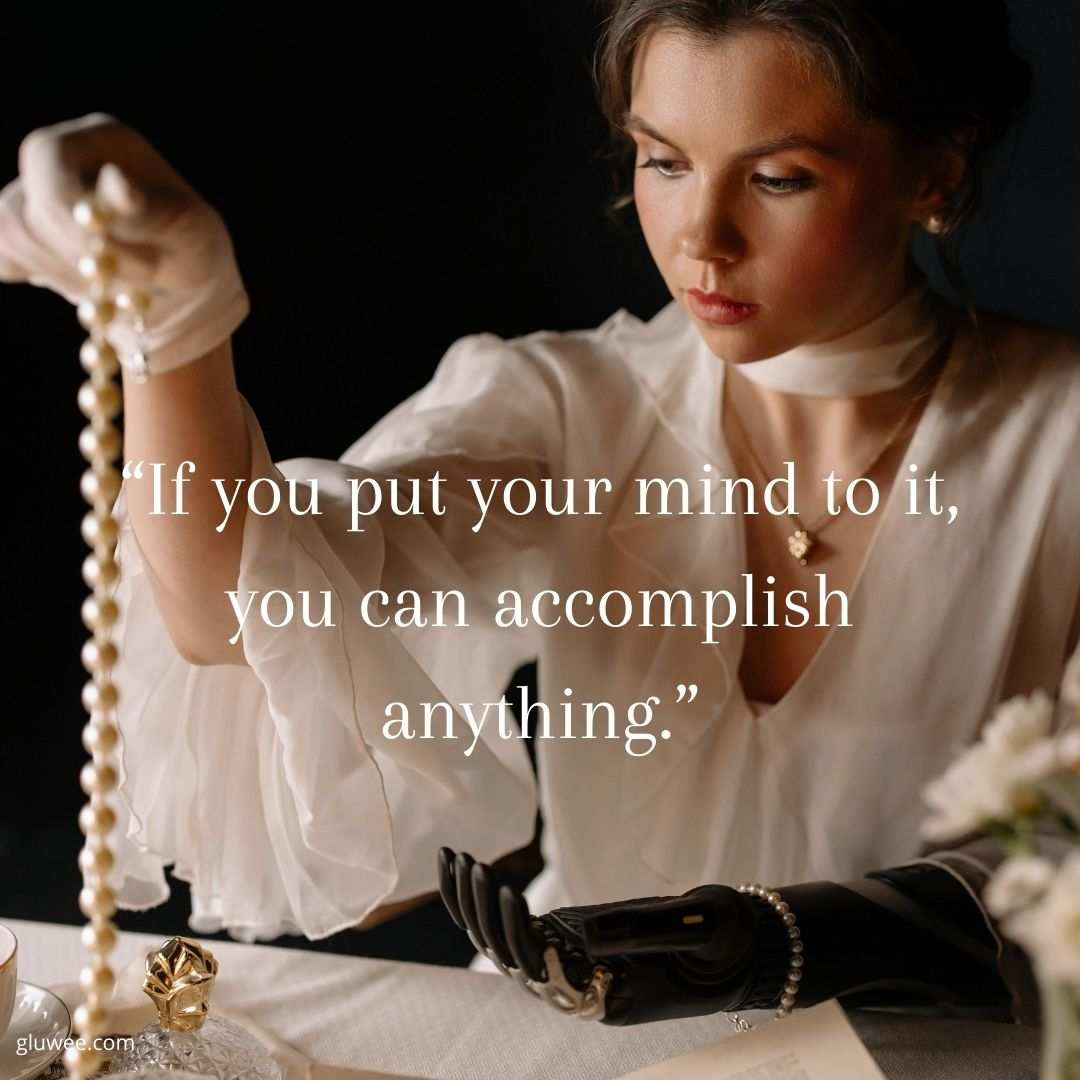 41. “Since when can weathermen predict the weather, let alone the future?” – Marty McFly

42. “Traveling through time has become much too painful.” – Dr. Emmett Brown

45. “Time traveling is just too dangerous. Better that I devote myself to study the other great mystery of the universe: women!” – Dr. Emmett Brown

46. “There’s that word again. ‘Heavy.’ Why are things so heavy in the future? Is there a problem with the Earth’s gravitational pull?”

47. “If my calculations are correct, when this baby hits 88 miles per hour, you’re gonna see some serious sh*t.”

48. “No wonder your president has to be an actor. He’s gotta look good on television.”

49. “Nice talking to you. Maybe we’ll bump into each other sometime again in the future.”

52. “Marty, you can’t go losing your judgment every time someone calls you a name. That’s exactly what causes you to get into that accident in the future.” – Dr. Emmett Brown

55. “I can’t believe you’d loan me your car without telling me it had a blind spot. I could’ve been killed!” – Biff Tannen

58. “Hello…Hello…anybody home? Think, McFly. Think! I gotta have time to get them retyped. Do you realize what would happen if I hand in my reports in your handwriting? I’ll get fired. You wouldn’t want that to happen, would ya? Would ya?” – Biff Tannen

Read also: 100 Quotes About Change Give Us Meaning In Life To Grow

That was it, 60 Back To The Future quotes that relate to some of us in seeing new things that are full of wonders and surprises for life. I hope that meaning and lessons can be learned from them.