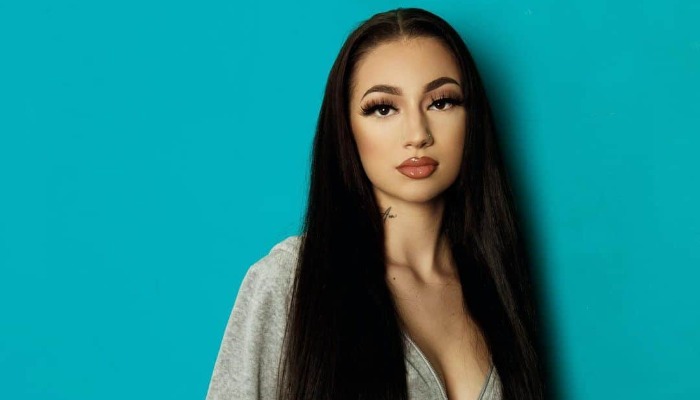 Bhad Bhabie is famous as a rapper, OnlyFans star, songwriter, and TikTok star, who came from America.

She made her first appearance in September 2016 and became the guest in Dr. Phill because of her viral meme phrase that she uttered, cash me ousside, how bout dah.

Bhad Bhabie gained popularity from her appearance on the American talk show Dr. Phil in 2016.

There, the host interviewed Bhad about her bad behavior. At the end of the interview, she said a catchphrase “Cash me ousside, how bout dah” that became a viral meme.

The phrase was also used by DJ Suede The Remix God and summited the Billboard Hot 100. After that, the rapper was popular as Cash Me Outside Girl.

The next year, she signed a contract with Adam Kluger, a music manager. Next, she launched a debut single titled These Heaux.

In the same year, she launched her next single called Hi Bich and ranked on the same chart. Bhad released the song Gucci Flip Flops, which features another rapper Lil Yachty in 2018.

The single received a gold certification from the Recording Industry Association of America (RIAA). This song led her get a nomination for Billboard Music Award as Best Female Rap Artist.

Kid Trunks and Danielle Bregoli have had a special relationship since December 2018. They were seen together on several occasions on the road together.

But the relationship they built in December 2018 had to end in February 2019. There was no further explanation to the public as to why they separated.

Bhabie claims she was romantically involved with Trippie Redd. They dated in 2019 after she uncovered several text messages between them. However, no one knows how their relationship could end.

NBA YoungBoy and Bhabi’s closeness became a dating rumor after his name was tattooed on his hands in 2019.

Nonetheless, he clarified that he just wanted to make it and didn’t have a special relationship with YoungBoy.

Posts on the internet sparked dating rumors early in 2020. Not long after, the couple finally split in September, and Bhabie moved in with Oca8oo in October 2020.

Bhad Bhabie flaunted her boyfriend on Instagram in October 2020. Using the name of the post with the tag Oca8oo, he is in the music industry and has various projects with famous rappers. However, there needs to be follow-up information regarding the relationship between the two.

Her net worth is around $20 million. Her primarily income is from several jobs such as rapper, songwriters, Onlyfans star, endorsement, and TikTok star.

”I’ve always liked music since I was younger.”

“I wasn’t stealing cars at like, six. But I’ve always been bad.”

“If someone wants to do something, they should just do it as long as they’re happy with it.”

“My goals for the next part of my life: Whatever I’m handed, I’m gonna make the most of it. If it’s good for me, I’m gonna take it.”

“Don’t get me wrong, I’m grateful for everything, but I don’t wanna make it seem like I wouldn’t be able to survive without fame. ‘Cause I did it for 13 years.”

2. Her black outfit and white shoes contrast the red background

4. Her side profile is stunning and sparkling

5. What do you think of her neon activewear?

Bhad Bhabie has received critical acclaim from people around the world. No wonder she has gained millions of followers.