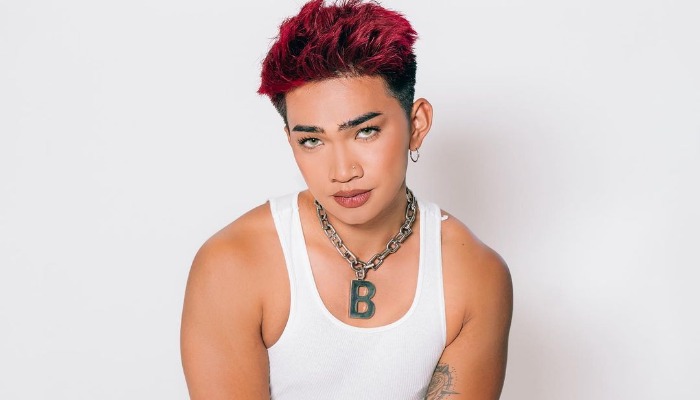 Bretman Rock was first known through his performance on Youtube and Vine. In 2016, Rock turned to vlogs with beauty tutorial videos. From there, he gained popularity with his viral contouring videos.

He obtained his fame very quickly due to the unique content he shared on the internet. His unique identity and authenticity have a contribution to achieving his success.

The beauty empire he built through social media brought him to the doorstep of the entertainment industry.

In 2019, he got the opportunity to appear on the Pride Month issue of Gay Times Magazine.

In the same year, collaborated with stylist Andrew Gelwicks, he attended New York Fashion Week for the first time.

His steps into the entertainment industry keep continuing; he played the fourth season of the YouTube Premium web series Escape the Night. He also got a project on MTV by starring the YouTube show, No Filter.

The beauty vlogger becomes widely recognized as an entertainer. In May 2020, Rock was invited as a guest star on the third episode, Instant Influencer, from James Charles’ YouTube Originals.

In May 2021, alongside fellow internet personalities, he appeared as a cameo in music video Bella Poarch’s debut single.

His skill and effort to stand out gave him an achievement to be proud of. Among the awards he has won is Beauty Influencer Award at the 45th People’s Choice Awards and Breakthrough Social Star from MTV Movie and TV Awards 2021.

Rock also developed his business as an entrepreneur by launched his eyewear collection. In this venture, the Hawaiian has a collaboration with a Los Angeles-based brand, Dime Optics.

3. The pink boy who celebrated his birthday

5. The proud guy and his golden popcorn

No matter what other people’s comments, being real and unique is the key to Bretman Rock’s victory.