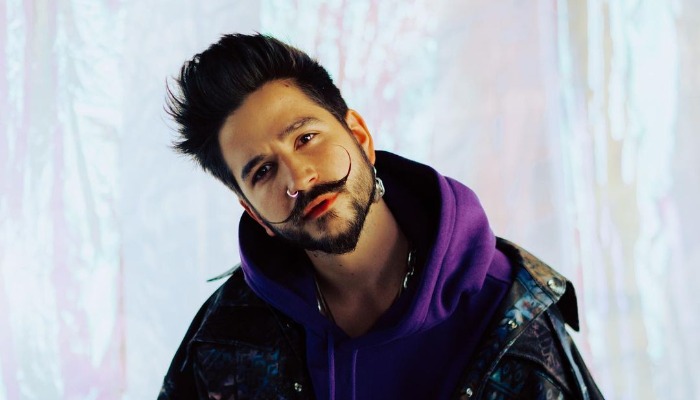 Camilo has been close to music since he was a child. Then, he formed a duo with Manuela, his sister. They auditioned for XS Factor and reached the final round of the singing competition.

After the competition, he began his solo career and released a single titled Regálame Tu Corazón in 2007.

In 2015, he moved to Florida and wrote songs for other artists including Natti Natasha, Becky G, and Sebastián Yatra.

His song for Natti Natasha and Becky titled Sin Pijama got 13 times platinum in the US.

He was featured in iHola Colombia magazine in February 2020 and Billboard in June 2020 with his wife, Evaluna Montaner.

Along with his wife, Camilo co-hosted the Kids’ Choice Awards México in 2020.

Throughout his career, he has received many nominations from reputable awards, such as Kids’ Choice Awards, iHeartRadio Music Awards, and LOS40 Music Awards. She won Best Pop Song at the 2020 Latin Grammy Awards.

1. He poses with his guitar

2. A close-up look from the singer!

3. He looks cool with the orange overall

4. The singer’s bright smile when receiving the award is precious!

5. His outfit is always stylish

Camilo becomes one of the most influential Latin singers. He continues making high-quality songs and winning many music awards.