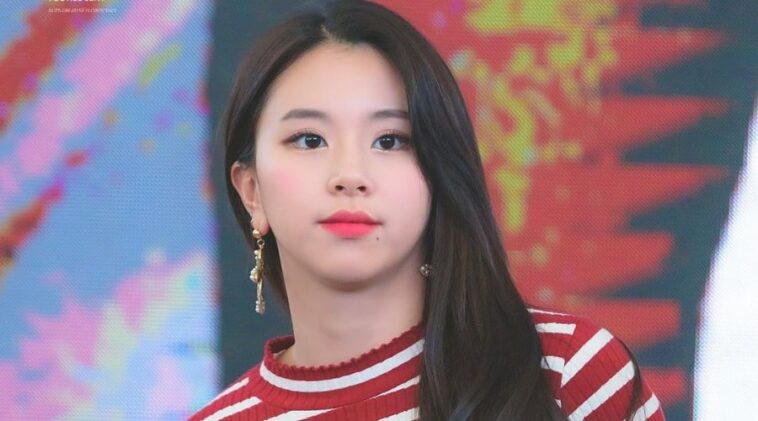 Even though her fame majority comes from TWICE, Chaeyoung already had a strong passion for the performing arts field at a very young age. In her childhood, she modeled for a children’s magazine.

She then decided to become a singer one day. Because of her dream, she finally took some dance lessons to prepare for her future career.

After doing some lessons, she finally did an audition for JYP Entertainment at her 14 years old. Chaeyoung successfully passed her audition on June 6, 2012, and became their trainee.

During her trainee days, she doing a lot of practice and also made some appearances, such as in GOT7’s Stop Stop It MV and miss A’s Only You MV.

Chaeyeong then became a participant in Sixteen, a survival show in 2015. For her success consequence, she successfully joined the formed girl group, namely TWICE.

TWICE made its first debut on October 20, 2015, by releasing the first EP called The Story Begins. Shortly, she became the first member to be trusted to write in their song.

1. Look how hot Chaeyoung is in this picture

2. Our ‘Strawberry Princes’ is so irresistible

5. Chic and classy Chaeyoung in one picture

Chaeyoung is one of the most attractive and charming female K-pop idols.

Not just charming, she’s also very talented in so many fields, such as rapping, singing, dancing, and songwriting. We love you, Chaeyoung!