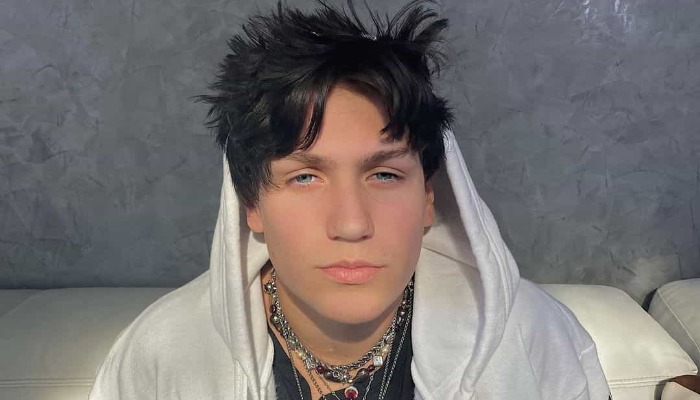 Chase Hudson is a famous TikTok artist. Billboard magazine even mentioned that Chase is one of the 10 music influencers on TikTok. Thus, he is the most influential celebrity on the platform.

Taking his career history back, he was one of the Musical.ly users, the preceding version of TikTok.

He uploaded dancing, ironic, and humorous videos. This TikTok star is known for his e-boy style, which means he dresses in hip clothes with chains and dyed hair.

As he gained popularity and millions of fans, Endeavor Group Holdings, an American talent agency, recruited him. In 2019, he joined Lights Out Summer Tour, a social media star touring in the US.

Then, he founded a TikTok stars group called The Hype House, whose members include Addison Rae, Dixie D’Amelio, and Alex Warren.

Along with Thomas Petrou, Chase was the one who arranged the living setup.

Throughout Chase’s career as an internet personality, he had collaborated with Avani Gregg, James Charles, and Payton Moormeier.

1. Chase wears a black shirt with a blue denim jacket

2. Chase Hudson as Harry Potter, why not?

5. He poses with one of his snakes

Chase Hudson is famous because his purpose in creating content is sincere and he likes making people happy.