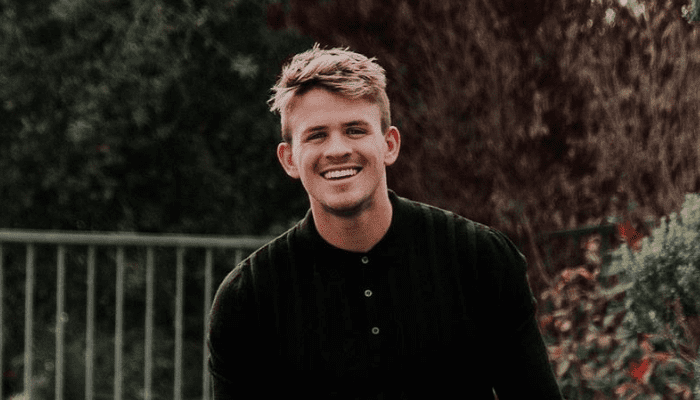 Cole LaBrant started social media as a joke. In 2013, he created an account on Vine.

As he became consistent to create videos on the platform, Cole gained 100,000 followers within a week and a million followers in a month.

Dem White Boyz influenced Cole’s popularity, as he collaborated with him, along with Cole’s friends John Stephen Grice and Baylor Barnes.

He appeared in the TV series The Amazing Race in 2016, competing to win a 1 million prize. But, he ended up in second place.

In 2017, he starred in Jurassic World: Fallen Kingdom – The Trailer Rescue.

Along with her then-wife, Savannah Soutas, he created a YouTube channel called Cole&Sav. The channel’s name was changed into The LaBrant Family in 2018 after they had a child.

Cole has collaborated with other famous internet personalities, such as Zachary Fu, Dixie D’Amelio, and Collins Key. He also partnered with HP for commercial content.

2. The guy has a well-built physique

5. Cole wears jeans for his pants and outer

Cole LaBrant is a social media star that won’t run out of ideas for entertaining people. No wonder he has gained millions of followers across platforms.