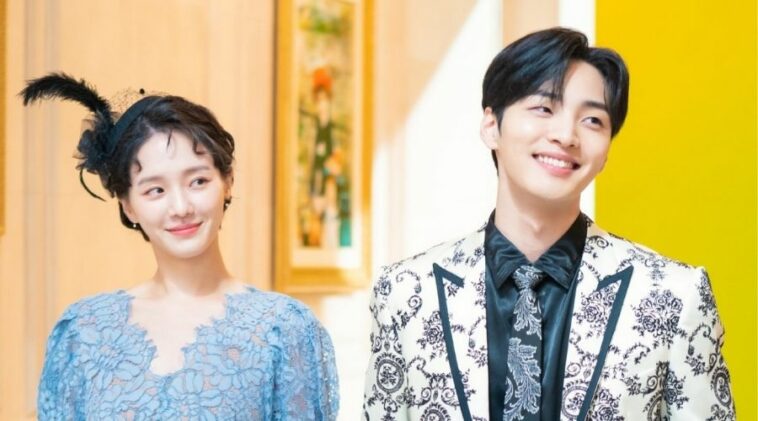 One of the centers of characters, Kim Min Jae, had starred in several K-dramas before.

Meanwhile, Park Gyu Young is popular because of her amazing roles in Sweet Home (2020) and The Devil Judge (2021).

Dali and Cocky Prince is aired on KBS2 every Wednesday and Thursday at 21:30 KST to replace the previous drama, Sell Your Haunted House.

Synopsis of Dali and Cocky Prince

They both live in different worlds. Moo Hak comes from a family who is the owner of a franchise of Dondon F&B.

Moo Hak doesn’t have a strong educational background. But, he is still an expert when it comes to money-making.

On the other side, Kim Da Li (Park Gyu Young) works at an art gallery as a visiting researcher. Even though she is rich, good, and smart, she has flaws in household work.

One day, they meet each other even though they both don’t know each other well. After spending some time, they finally fall with each other.

A Dondon F&B’s director who is successful by starting his business to make a gamjatang restaurant. After doing a lot of hard work, Moo Hak finally can run Dondon F&B to be a global food company.

Even though he doesn’t have a strong educational background, he was born with strong skills in money, trading, and public speaking.

She works at Saint Muller Museum as a visiting researcher. She then later expand her career to be Cheong Song Art Museum’s director.

She is really smart, has a good personality, but unfortunately, she can’t handle household work.

He is the first love of Kim Da Li. Now, he works at Century Group as the planning and coordination team’s leader.

In his daily life, he works as a detective to solve the problem caused by the violent crime squad.

She works as a gallerist. Besides, she is also the daughter of a member of the National Assembly.

People in the art museum

Trailer of Dali and Cocky Prince