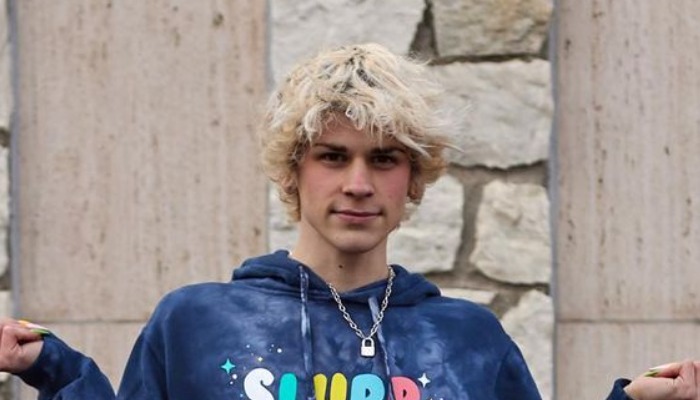 Before Derkslurp, known as Derek Boyd, joined social media, he was an active kid in school and frequently took part in school dramas and plays.

Then, he is interested in social media and created a YouTube channel in October 2016. His first video was uploaded in August 2018 about Q&A.

After that, Derkslurp started posting on his TikTok account in 2018. One of his TikTok videos titled CandMusic became viral and generated many following.

In his TikTok account, this guy often posts comedic dubs and sketches that make his followers laugh. He continued gaining followers and got 10 million followers on TikTok in June 2020.

He also created the first tweet in February 2020 to be more engaged with his fans. Derkslurp often created TikTok compilations and posted on his Instagram account in the form of IGTV.

Due to his creativity and humor, this social media star got a nomination from Streamy Awards for the Editing category.

1. Look at his happy smile and smile T-shirt!

2. Boyd matches his T-shirt and his phone case

3. He wears a hoodie with a cupcake on it

Derkslurp’s humor makes him get thousands of hears per video on social media and catch the real hearts of his fans to stay up-to-date about him.