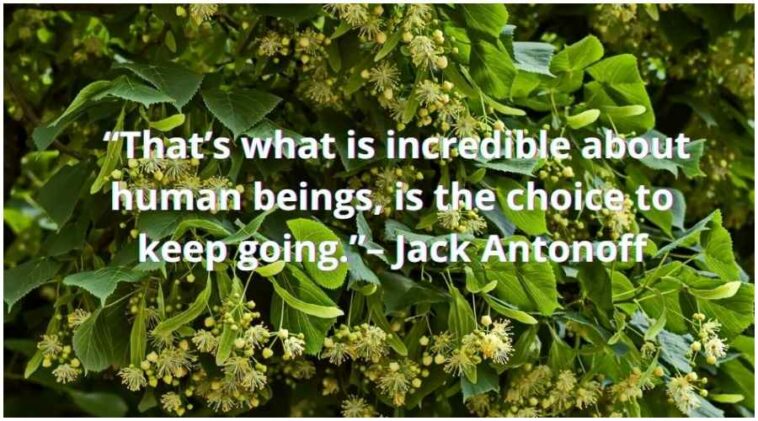 Don’t Give Up Quotes – Sometimes you get feel suck for a moment or you feel sad about something.

Yeah totally, you feel, you want to stop it because you weren’t continuing your journey anymore.

Giving up means you totally want to stop and don’t continue what you want to do anymore.
So, you need some motivation how you can improve and feel better now.

Sometimes, if you feel upset you need some energy wherever you look for. You want to be who you are, you want to change yourself and you want to do something but don’t know where to start.

Give up is the final word if you think this is the best you can do when you have tried a lot to fix it.

Sometimes when we do something, a lot of things change in us and we want to fix it but it’s very difficult and don’t know why it’s so hard to get out of the fear of repeating over and over again.

For those of you who are struggling, here we will share quotes about give up that might be used as a new description and scope about yourself to keep fighting, finish, and totally be responsible for completing your hard work now.

It feels like giving up is always the solution because it’s too easy to say yes, but I hope with these quotes you get the motivation that it’s okay to take a break but don’t stop.

Here 100 don’t give up quotes that will make you better after reading all these quotes, realize you could take a break, and don’t stop for all you’ve done.

Don’t Give Up Quotes For Better Your Day 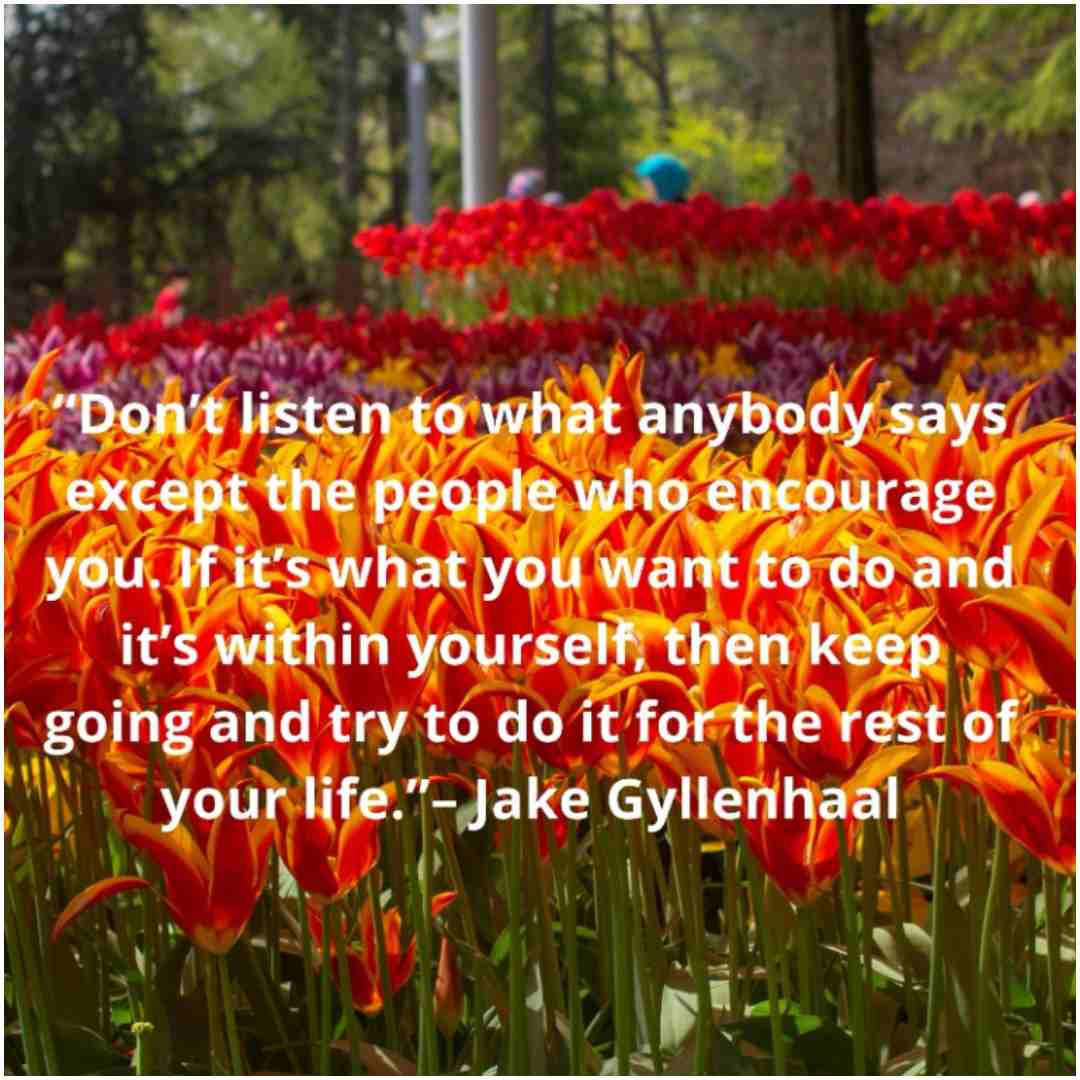 1. “Life is at its best when everything has fallen out of place, and you decide that you’re going to fight to get them right, not when everything is going your way and everyone is praising you.”- Thisuri Wanniarachchi

2. “Some people go through hard times, so bad that they can’t even talk about it, but no matter what, we should never give up.”- Ifeoluwa Egbetade

3. “When hardships keep coming back, do not take it personal. It’s just life.” – Naide P. Obiang

4. “Failure is only the opportunity to begin again, this time more intelligently.” – Henry Ford

5. “To conquer frustration, one must remain intensely focused on the outcome, not the obstacles.”- T. F. Hodge

6. “I was taught the way of progress is neither swift nor easy.” – Marie Curie

7. “Never give up. There are always tough times, regardless of what you do in anything in life. Be able to push through those times and maintain your ultimate goal.” – Nathan Chen

9. “Things happen to you to make you realize your true potential, strength, will power, and heart. You’ve got to have faith.” – Dr. Byron Hayes

10. “Strength does not come from winning. Your struggles develop your strengths. When you go through hardships and decide not to surrender, that is true strength.” – Arnold Schwarzenegger

11. “A failure is not always a mistake. It may simply be the best one can do under the circumstances. The real mistake is to stop trying.” – B. F. Skinner

12. “Never give up, and be confident in what you do. There may be tough times, but the difficulties which you face will make you more determined to achieve your objectives and to win against all the odds.” – Marta

13. “Life is like riding a bicycle. To keep your balance, you must keep moving.” – Albert Einstein

14. “It’s not that I’m so smart, it’s just that I stay with problems longer.” – Albert Einstein

15. “When you are going through hell, keep on going. Never never never give up.” – Winston Churchill

16. “Whatever course you decide upon, there is always someone to tell you that you are wrong. There are always difficulties arising which tempt you to believe that your critics are right. To map out a course of action and follow it to an end requires courage.”- Ralph Waldo Emerson

17. “A winner is someone who gets up one more time than he is knocked down.” – Unknown

18. “Don’t let the fear of the time it will take to accomplish something stand in the way of your doing it. The time will pass anyway; we might just as well put that passing time to the best possible use.”- Earl Nightingale 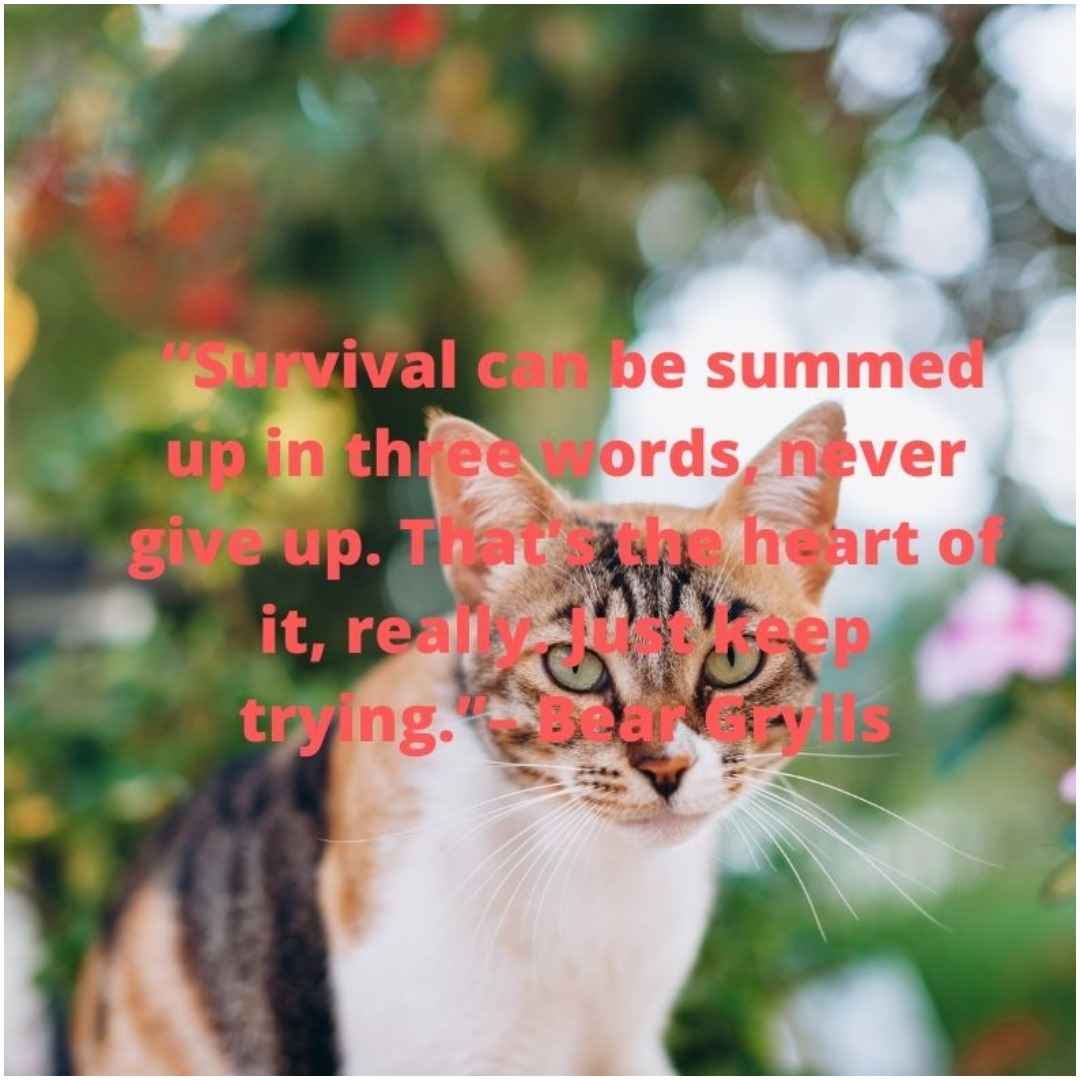 21. “Never give up on what you really want to do. The person with big dreams is more powerful than one with all the facts.”- Author Unknown

23. “The man who moves a mountain begins by carrying away small stones.” – Confucius

24. “Keep on going, and the chances are that you will stumble on something, perhaps when you are least expecting it. I never heard of anyone ever stumbling on something sitting down.” – Charles F. Kettering

25. “Perseverance is not a long race; it is many short races one after the other.” – Walter Elliot

26. “Patience and perseverance have a magical effect before which difficulties disappear and obstacles vanish.” – John Quincy Adams

27. “Let me tell you the secret that has led to my goal. My strength lies solely on my tenacity.” – Louis Pasteur

30. “Nothing ever goes away until it has taught us what we need to learn.” – Pema Chödrön

32. “The only thing you should ever quit is giving up!” – Steve Pfeister

33. “Survival can be summed up in three words ,never give up. That’s the heart of it, really. Just keep trying.” – Bear Grylls

34. “Either do not begin or, having begun, do not give up.” – Chinese Proverb

35. “It’s not that I’m so smart, it’s just that I stay with problems longer.” – Albert Einstein

38. “Just because you fail once doesn’t mean you’re gonna fail at everything.” – Marilyn Monroe

39. “Never give up, for that is just the place and time that the tide will turn.” – Harriet Beecher Stowe

40. “Our greatest weakness lies in giving up. The most certain way to succeed is always to try just one more time.” – Thomas Edison 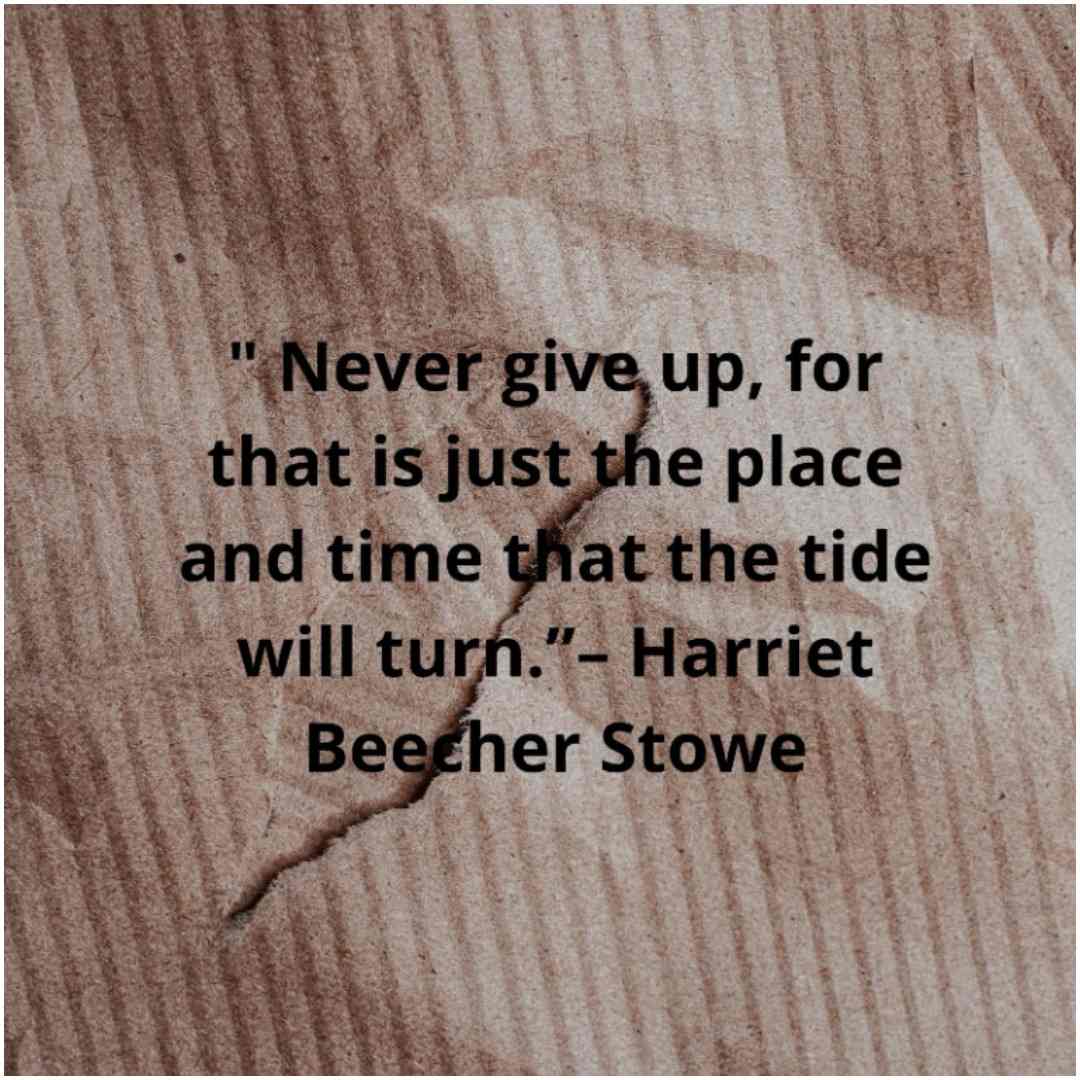 42. “I refuse to quit because I haven’t tried all possible ways yet.” – Unknown

43. “That’s what is incredible about human beings, is the choice to keep going.” – Jack Antonoff

45. “Your victory is right around the corner. Never give up.” – Nicki Minaj

47. “It is not wanting to win that makes you a winner; it is refusing to fail.” – Unknown

48. “You’re a fighter. Look at everything you’ve overcome. Don’t give up now.” – Olivia Benson

53. “Nothing in the world can replace perseverance. Talent will not; nothing is more common than unsuccessful people with talent. Genius will not; unrewarded genius is almost legendary. Education will not; the world is full of educated derelicts. Perseverance and determination alone are omnipotent.” – Calvin Coolidge

54. “Don’t be discouraged. It’s often the last key in the bunch that opens the lock.” – Unknown

57. “Success seems to be largely a matter of hanging on after others have let go.” – William Feather

59. “The world’s greatest achievers have been those who have always stayed focussed on their goals and have been consistent in their efforts.” – Dr Roopleen, Words to inspire the winner in YOU

60. “You can dance in the storm. Don’t wait for the rain to be over before because it might take too long. You can can do it now. Wherever you are, right now, you can start, right now; this very moment.” – Israelmore Ayivor 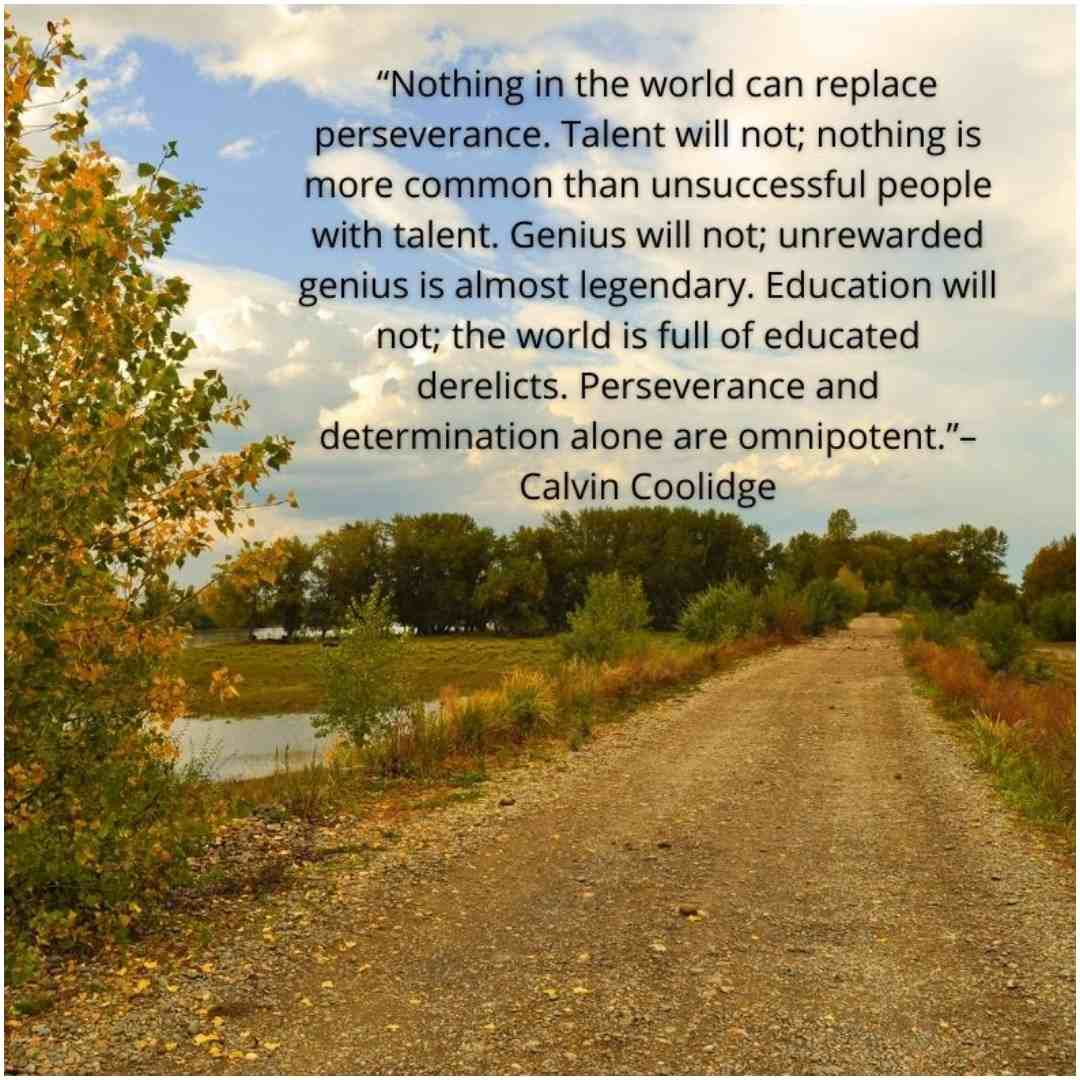 61. “To love someone with all of your heart requires reaching them where they are with the only words they can understand.” – Shannon L. Alder

62. “Some of the most beautiful things we have in life comes from our mistakes.”- Surgeo Bell

65. “If life didn’t give you at least one person not wanting you to succeed then half of us would lose are motivation to climb that cliff, in order to prove them wrong.” – Shannon Alder

66. “People will walk in and walk out of your life, but the one whose footstep made a long lasting impression is the one you should never allow to walk out.” – Michael Bassey Johnson

67. “Success is not obtained overnight. It comes in installments; you get a little bit today, a little bit tomorrow until the whole package is given out. The day you procrastinate, you lose that day’s success.” – Israelmore Ayivor

68. “seven times down eight times up like the Daruma doll.” – Chris Bradford, The Way of the Warrior

69. “Once you can write an alphabet, you can write a book of 100 million pages. It’s just a matter of believing it as possible, and taking the cross millimetre by millimetre.” – Israelmore Ayivor

70. “You are likely to fall when you stop paddling your bicycle. Such is life. As long as you don’t give up, you will never end up failing!” – Israelmore Ayivor, Daily Drive 365

74. “You may be the only person left who believes in you, but it’s enough. It takes just one star to pierce a universe of darkness. Never give up.” – Richelle E. Goodrich

76. “Never give up hope. All things are working for your good. One day, you’ll look back on everything you’ve been through and thank God for it.” – Germany Kent

77. “Learning to let go is not giving up! It is simply passing the burden to a better fighter, so you can fight another day. (God).” – Shannon L. Alder

78. “Never give up, for that is just the place and time that the tide will turn.” – Harriet Beecher Stowe

79. “There is no failure except in no longer trying.” – Elbert Hubbard

80. “Things aren’t always easy, but you just have to keep going and don’t let the small stuff bog you down.” – Stella Maeve 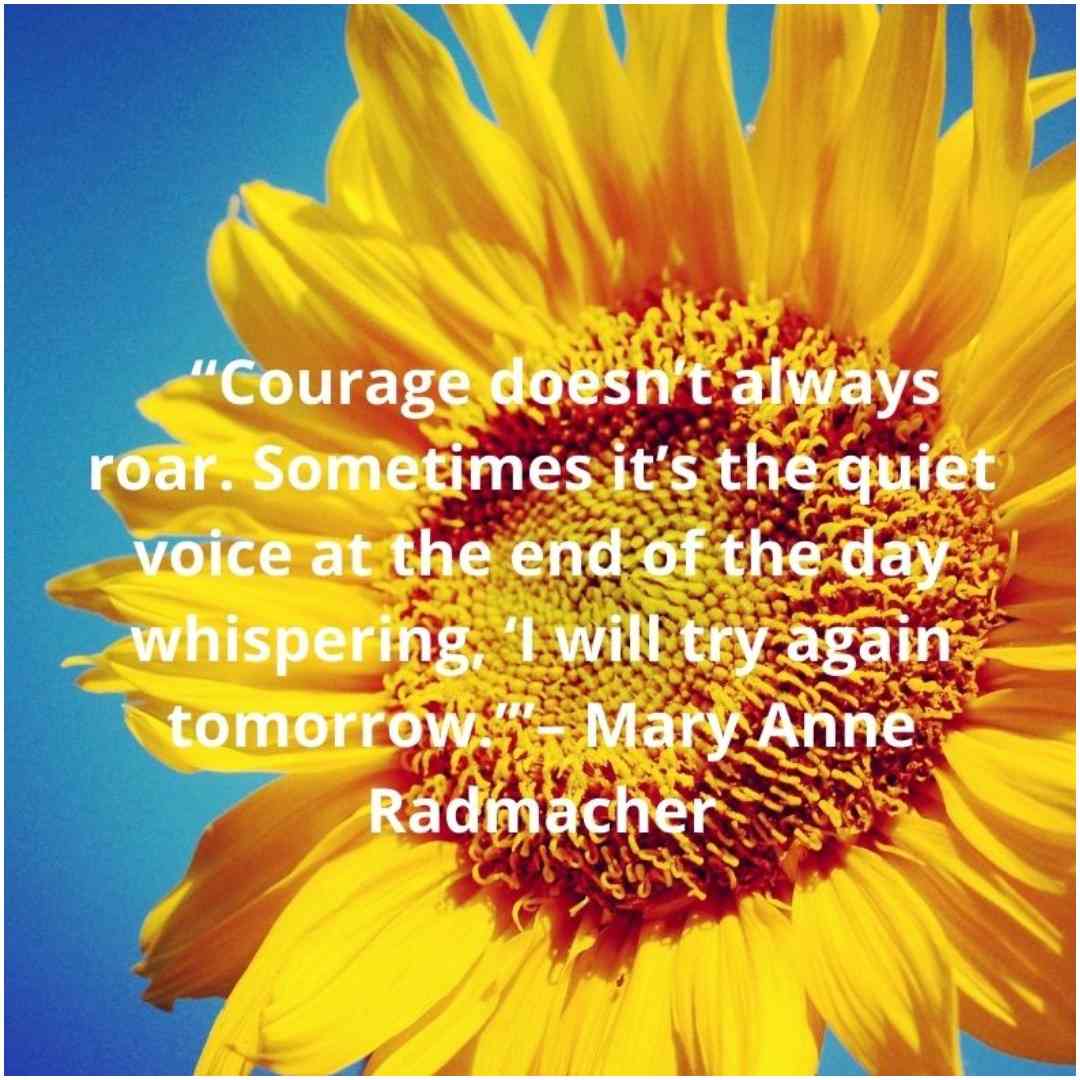 82. “Do not fear failure but rather fear not trying.” – Roy T. Bennett

84. “When the going gets tough, put one foot in front of the other and just keep going. Don’t give up.” – Roy T. Bennett

86. “Don’t listen to what anybody says except the people who encourage you. If it’s what you want to do and it’s within yourself, then keep going and try to do it for the rest of your life.” – Jake Gyllenhaal

88. “When you feel like giving up, remember why you held on for so long in the first place.”- Unknown

90. “Many of life’s failures are people who did not realize how close they were to success when they gave up.” – Thomas Edison

91. “If you have a dream, don’t just sit there. Gather courage to believe that you can succeed and leave no stone unturned to make it a reality.” – Dr Roopleen

92. “It doesn’t matter how many times you get knocked down. All that matters is you get up one more time than you were knocked down.” – Roy T. Bennett

93. “The one who falls and gets up is stronger than the one who never tried. Do not fear failure but rather fear not trying.” – Roy T. Bennett, The Light in the Heart

94. “No. Don’t give up hope just yet. It’s the last thing to go. When you have lost hope, you have lost everything. And when you think all is lost, when all is dire and bleak, there is always hope.” – Pittacus Lore

96. “Never give up on something you believe in.” – Steve Scalise

97. “Don’t give up before the miracle happens.” – Fannie Flagg

99. “There’s nothing I can really do but keep going out there and swinging.” – Freddie Freeman

100. “Never give up your desire to be what you want to be. Stay focused, persistent and relentless.” – Debasish Mridha M

These are 100 quotes about don’t give up. Hope your get feel better and realize to take action right now and love yourself more than anything.

Because you’re beautiful and worth it to find some action for better tour life.