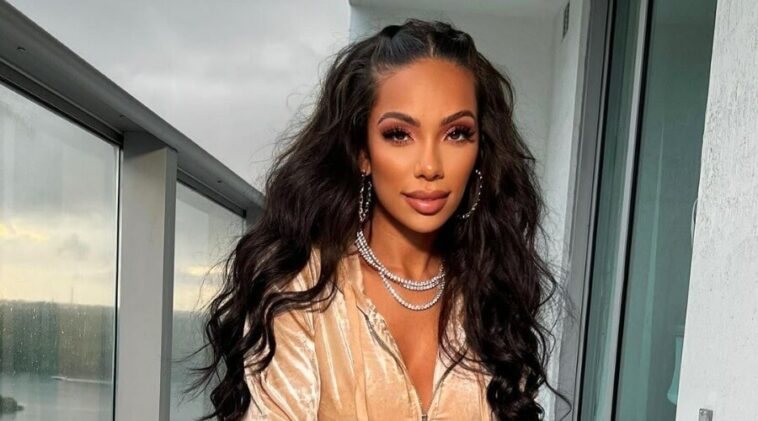 Erica Mena got the underlying boost in her career when she won Jenifer Lopez Look-Alike competition. From that point on, she turned into a known name on the stage.

Then, she pursued a career as a model for music videos. Her popularity rose when she was modeling for Chris Brown’s well-known music video titled Yo! (Excuse Me Miss) (2005).

During her early years, she was highlighted in several episodes of the TV show Kourtney and Kim Take Miami (2009). It was there that she got her first taste of popularity and understood her potential.

Besides that, she was also included on the pages of The Source, MAXIM KING Magazine, and XXL Magazine and presented in the print media campaign for Tommy Hilfiger.

In 2013, she published a book titled Underneath It All, which uncovers her family secrets. Her subsequent book, Chronicles of a Confirmed Bachelorette, tells of her love life.

Erica is also interested in business. So, she worked with entrepreneur Randa Quraan for a while and started to build her own clothing line called HER.

Erica Mena might not have had an easy life growing up. Furthermore, it seems as if drama finds her everywhere she goes.

Fortunately, she has the courage and persistence to get back up and persevere.