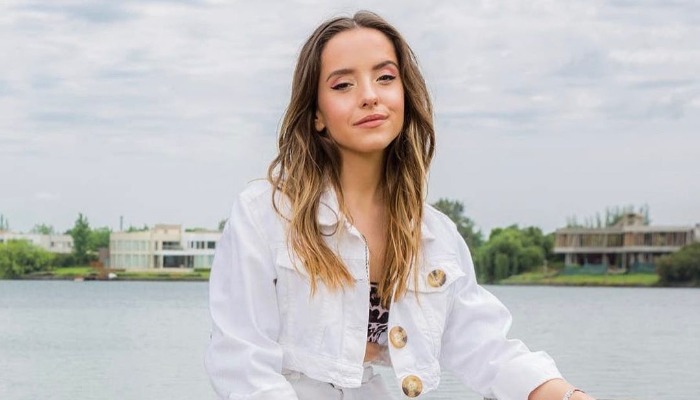 Evaluna Montaner started her first musical debut when she appeared in the music video of Ricardo Montaner, her father.

At that time, she was only at the age of four. She then made her own debut single titled Only Home, released on the TV host Susana Giménez’s show.

Her first TV appearance was in the Grachi, a Nickelodeon series. She got a supporting role as Melanie Esquivel in 2011.

During her father’s tour The Glory of God in 2012, Evaluna also performed there. When her family moved to Los Angeles, she appeared in the movie titled Hot Pursuit.

After dating a Colombian singer and her then-husband, Camilo, she often collaborated with him.

The couple also had a YouTube channel together named Camilo y Evaluna. They posted vlogs and chatting sessions with their audience.

One month after she got married, she released a song called Pro Primera Vez with her husband, followed by another song named Favorito.

1. Even with the simple makeup and messy hair, Evaluna looks pretty

4. The black leather jacket looks cool on her

5. The singer is beautiful in the wedding dress

Evaluna Montaner has continued her family’s musical legacy. She even married a famous singer.