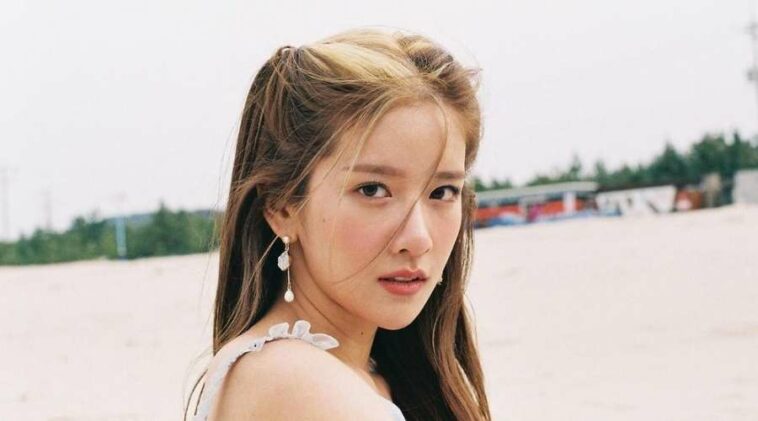 Our EXY started her big journey to be a K-Pop idol when she decided to join an audition held by JYP in previous 2008.

Unfortunately, she didn’t succeed to pass the audition. Try to fight for her dream, she then gave another shot to another agency, Starship Entertainment.

In this agency, she then started to become a trainee. She worked very hard during her trainee days and this work led her to be a contestant for a survival show called Unpretty Rapstar Season 2 in 2015.

She succeeds to survive until the 8th episode and got eliminated after then. In the same year, EXY then made a release for a Mixtape.

In late 2015, EXY then was announced as one of WJSN’s members when the agency posted her cover song video. In that video, she sang for All I Want for Christmas is You by Mariah Carey.

She was also announced as WJSN’s sub-unit, Sweet Unit, on 24th December 2015. Several months later, on 25th February 2016, she then finally debuted alongside the group by releasing Would You Like? as the first EP.

But EXY’s journey didn’t stop there. She even venturing her wings for some solo projects.

In 2017, she did a collaboration alongside Euna Kim to release a single Love Therapy. One year later, she continued doing collaborations such as for Homegirl by Sobae and Love Professor by Nakta.

She also became a K-Drama OST’s singer in 2020 for a drama called Meow, the Secret Boy. For this project, she did a collaboration with Dayoung.

2. She’s so gorgeous with her casual street style

3. EXY’s blonde hair is so adorable

4. She looks so perfectly classy in that blue suit

The best rapper, a good actress, and a sweet person. How could a human have those top 3 best traits? We adore you very much, EXY!