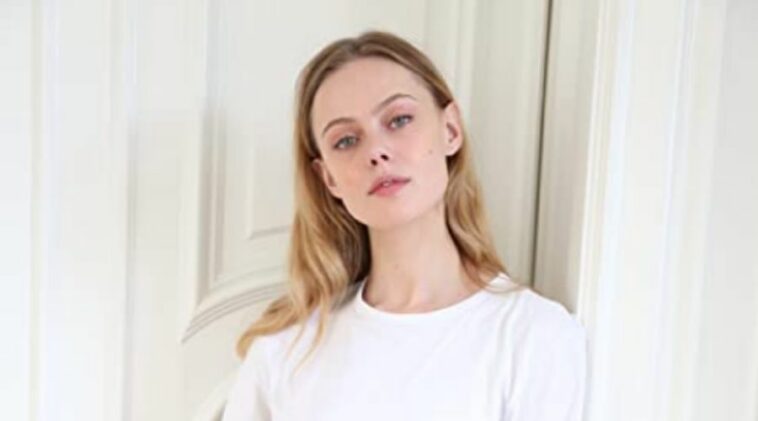 Frida Gustavsson initially started her modeling career in 2008 when she was a teenager.

In that year, Frida then decided to move to Japan because she wanted to pursue the modeling industry there.

After joining Donna Models, a modeling agency based in Tokyo, this Gemini model later got modeling jobs locally.

In late 2013, Frida was trusted to be a brand ambassador of Maybelline, which made her appear in Maybelline’s commercials and advertisements.

Because of her amazing modeling career, she successfully became the top 4 most requested models alongside Kasia Struss, Liu Wen, and also Constance Jablonski.

Not only in the runaway, but Frida also often appears in magazines, such as Elle, Vogue, W, L’Officiel, and many more.

In 2015, Frida expanded her career into the acting industry, by acting in Arne Dahl: Efterskalv.

That year, she also decided to take a break from modeling for getting more experience in the acting industry, such as her appearance in Dröm (2019), The Witcher (2019), and The Inspector and The Sea (2020).

After taking a break until 2020, she later came back like a runaway model for the 2020 Jean Paul Gaultier Haute Couture Spring/Summer Show.

And in 2022, she becomes a top hit by acting in the series Vikings: Valhalla.

Frida Gustavsson is really good inspiration. She is humble, always wants to explore, and does her best to do anything she can.