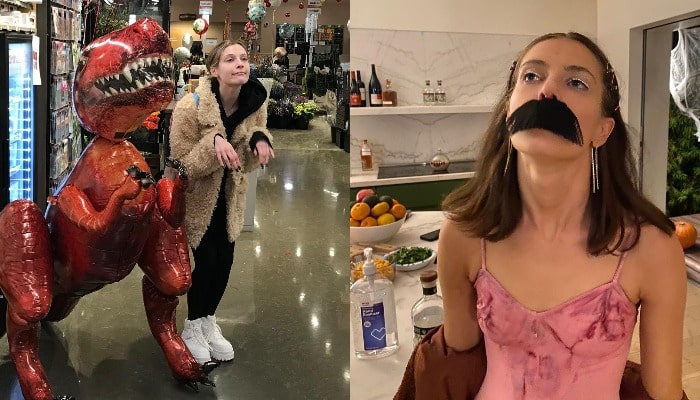 A new series of BONDiNG will release on January 27, 2021 in Netflix. It is a dark comedy film from a true story of a creator, Rightor Doyle.

Since the first series took the attention from society, the next series will be very amazing and surely waited by fans.

She is a humorous person which can be seen in her Instagram account. Here are 10 funny pics of Zoe Levin for you.

Read more: 10 Hair Styles of Carey Mulligan, An Actress Who Plays in ‘The Dig’ Movie

1. Zoe Levin is a funny person. She was born on November 24, 1993 in Chicago, Illinois, United States

2. She begins her career when she was 13 years old

4. She is well known for the Fox TV show, Red Band Society as Kara Souders

5. Zoe apparently loves making cakes. She posted one of her work in her Instagram

6. Zoe also loves imitating the thing around her. She acts like a Tyrannosaurus in this picture

8. She is raising from a Jewish family

9. When she was 8 years old, Levin performed at the Jewish Community Center

10. Her latest film is The Long Home. She plays as Amber Rose in that film

BONDiNG film will release in Netflix in the end of January. Don’t forget to watch this with your family and friend. Happy watching!