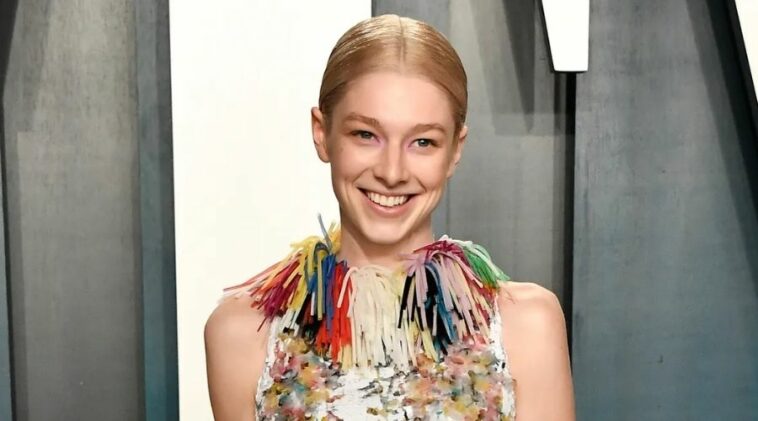 Before starting her journey in the art and entertainment industry, Hunter Schafer already faced a lot of ups and downs through her career.

Initially wanted to be a fashion designer, this Capricorn actress began to be a runway model in 2017 to explore more about the fashion world and got a chance into the industry.

She then did a lot of modeling jobs for many fashion weeks, and also for designer brands, such as Prada, Marc Jacobs, Calvin Klein, Miu Miu, Vera Wang, Thierry Mugler, and many more.

Even though she got amazing jobs in modeling, Hunter was very confused about her career path.

In the midst of her confusion, she then heard about the audition for the 2019 HBO series, Euphoria, which later made her debut on that show as Jules.

Consequently, as her acting portraying Jules on that show was very good, she received various compliments from her performance.

Later, in 2022, Hunter Schafer came back for the Euphoria series on its second season, which later gave her more popularity than before.

“I had never really acted before, so I really didn’t know what I was doing. The casting director for ‘Euphoria’ set me up with an acting coach in New York, and he completely flipped my world around. The way you learn to utilize your brain and your emotions”

“When I think of an activist, I think of a community organizer who is working every day and directly with community members and making it a job to take care of and speak up for a community in some way.”

“There might have been a point in my career where, because people have been telling me I’m an activist, I took on that label. But in retrospect, I don’t think that’s what I am – or what I’ve been – just because I’m vocal about my identity sometimes.”

“Modeling for a year taught me a lot. I got very involved in the fashion industry and met a bunch of people who I admired.”

“Ever since I can remember, I drew, and visual arts have been my main way to express myself. I like dancing, although I’ve never done that very seriously. It’s something I’d like to explore more.”

“I went to an arts high school and was surrounded by drama students who dreamed of working in the industry. I almost feel a sense of guilt, because I didn’t go to acting school.”

“No matter what I’ve worked on or what art practices I’ve delved into, they’ve always been an attempt to world-build.”

“In the entertainment world, you can have more of a personality and be yourself. You don’t have to look like a standard of beauty. You can have something provocative to say.”

Hunter Schafer’s journey to be here is really hard. Even so, she never gets tired and always keeps moving forward. What a role model!