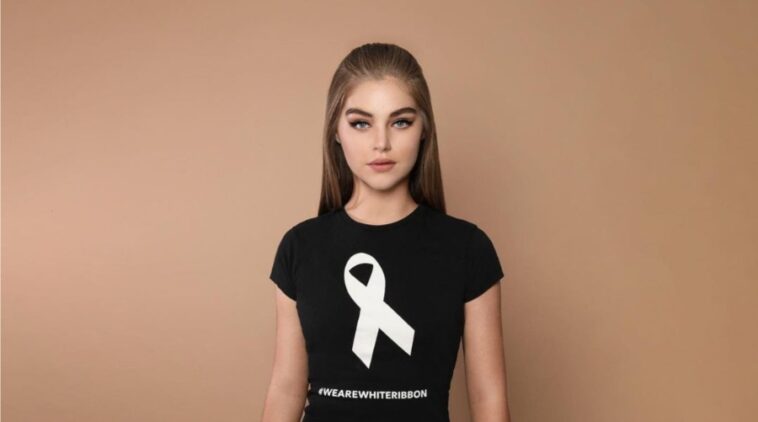 Jade Weber is American actress, and model. She’s been famous since she was a kid and even nominated as the ten most beautiful kids in the world.

Jade Weber was discovered as a model when she was nine. At that time, a friend of her brother, who is a photographer thought that she could become a model and then took pictures of her.

Her picture that was sent to the director of a modeling agency, opening the door for her to the modeling industry.

As a child model, she represented three agency that is Monster Management in Italy, LA Models Youth, and Division Models in the Netherlands.

As a model, she has worked for several brands such as H&M, Guess, Justice, Forever 21, Miss Behave Girl, and Bloomingdale’s.

She has also been featured in several magazines such as Vogue, Poster Child Mag, and Hooligans Magazine.

Not only limited to modeling, she also spread her career into acting. She starring in Color My Dreams (2016) and Runaway (2017).

Jade Weber is a famous and attractive girl. But, she never shares regarding her love life or relationship. It’s possible that she’s still single and is currently focusing on her career.

She got her net worth from her modeling, her partnerships with brands, or from her job as an actress.

“I love the facts that we get connect to each other positives and negatives things about life and spread awareness about variety of things, so like there’s so many positives things but I would say the fact that it can ruin entire friendship from clicking unfollow button.”

“We all have our strengths and our weaknesses”

“I focus a lot in self-growth and so, I feel like a lot of my accomplishment that I’m most proud of are obstacles or things that I’ve been through in my life that I’ve come out stronger or that I’ve learned”

“You can’t really know somebody personality”

Jade Weber is nominated as the ten most beautiful girls in the world. She began her career as early as when she was nine and has experience modeling industry for her entire live.