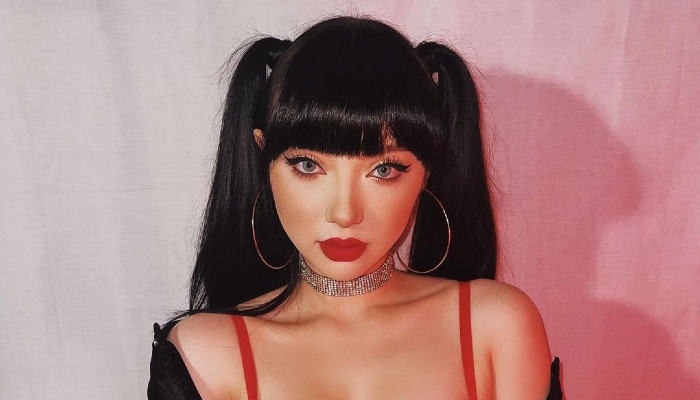 Jannine Weigel first started modeling at just 10 years old, after moving from Germany to Thailand. A year later, this Leo girl began to dive into the music industry.

She got three months of intense training in preparation for her singing career.

Afterwards, she took part in children singing contest called Singing Kids. The girl born in Germany ended up in the third place.

Her appearance on the show brought interest from entertainment company GMM Grammy. Jannine became a trainee under them in 2012, before emerging as a full artist later on.

During her trainee years, she had appeared in Getsunova’s music video for Klai Khae Nai Khue Klai (How Much Further Is It Till I Could Be Near You?).

At this time, Jannine also started her Youtube channel. She began to make cover of popular songs like Jar of Hearts by Christina Perri, Call Me Maybe by Carly Rae Jepsen, and Payphone by Maroon 5.

These covers got millions of views and brought her popularity even before her official debut. Under GMM Grammy, Jannine released her first single Chak Din Chak Ngo in 2015.

She also appeared in original soundtrack for horror film Senior with the song Thoe Doen Khao Ma (You Walked In).

This song got her the Best Original Song Awards in 2016 Thailand National Film Association Awards.

Later on, this talented singer released several more songs with GMM Grammy such as Away and Because of You.

In June 2018, Jannine parted way with GMM Grammy. Since 2019, this young artist is signed under RedRecords.

This label is a joint venture between Universal Music Group and AirAsia Group. With them, Jannine has released the single Passcode in 2020.

Other than being an artist, the girl born in 2000 has also appeared in several movies.

Her most notable role came from horror comedy film Pee Nak in 2019. Acting as Jui in the film, Jannine received a nomination for Best Southeast Asia act in MTV EMA Seville.

1. Jannine in all black outfit

3. She is so effortlessly beautiful

4. Jannine wearing a dress fit for a princess

5. You can really see her perfect face in this close-up

Jannine Weigel has had such an amazing career in the entertainment industry. Whether as a singer or actress, her next projects would be exciting to see.