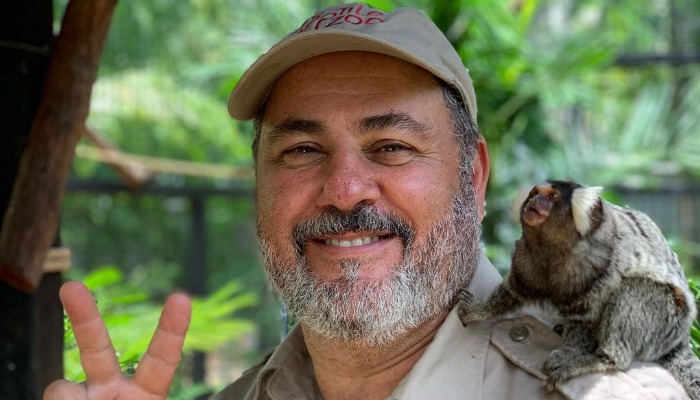 Like most interner celebrity, Jay Brewer gained his fame due to his content on social media. He is well known for his JayPreshistoricPets channel.

In his videos, he posts as the proprietor of Prehistoric Pets handling reptiles.

The first time he used social media in October 2007 by launching a YouTube channel.

His content that is different from other content creators, making him got a lot of followers and fans.

The name of his channel is based on his former store that specializes in reptiles and amphibians, Prehistoric Pets.

The former shop now has grown into a large donation-based Reptile Zoo in Fountain Valley, California.

He mostly created his video contents in the location of  The Reptile Zoo.

With 600 animals on display representing more than 100 species, the zoo is the best location to create interesting content. Brewer shows his fans how to handle the reptile or the breeding process.

With his popularity as an internet celebrity, this founder of Reptile Zoo now often gets commercial partnerships.

1. Accustomed to snakes from a young age

2. He loves all kinds of animals

3. He can handle wild beasts skillfully

4. Taking care of dangerous insects is not a problem for him

5. He had met a true Prehistoric Pet, the dragon from Pulau Komodo

Jay Brewer’s love for reptiles has driven him to live his dream and starting his business venture. And until now, he keeps his dream alive.