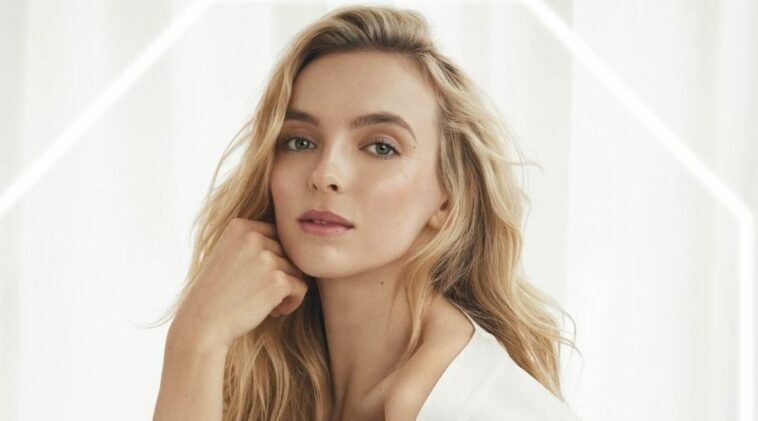 Realizing that she already has a grand desire in acting, Jodie Comer finally got into the industry in 2008 by becoming a guest for The Royal Today.

Later, she then expanded her career by appearing in a popular TV series, Law & Order: UK in 2013.

After spending many years trying acting as a guest for various projects, she then finally got her proper lead role for My Mad Fat Diary, which was aired from 2013 to 2015.

Jodie then made an appearance for a TV movie by BBC One, Lady Chatterley’s Lover (2015).

In the same year, she also appeared in Doctor Foster (2015) and Thirteen (2016), which later earned her a nomination as Best Actress for the 2016 British Academy Television Award.

Her popularity slowly increased, proven by her amazing acting skill in Rillington Place (2016) and The White Princess (2017).

But her huge career breakthrough happened in 2018 when she starred in Killing Eve, a spy thriller series by BBC as Villanelle.

Her villain role in that series later rewarded her with a lot of awards and nominations from 2018 until 2021.

In 2019, Jodie made a cameo appearance for the popular movie, Star Wars: The Rise of Skywalker as Rey’s mother.

“I think everything happens for a reason.”

“I am beyond excited to be working with the BBC as part of the cast of ‘Thirteen.'”

“A movie that makes me cry every time is ‘Billy Elliot.’ That scene where he’s dancing in the hall, and his dad walks in. And the first time his dad can see how amazing he is dancing, but he’s so conflicted with kind of his own feelings towards it. Oh, it’s so emotional.”

Jodie Comer is one of the most influential actresses in the acting industry. She never gets tired to explore and improve her acting skill from time to time.