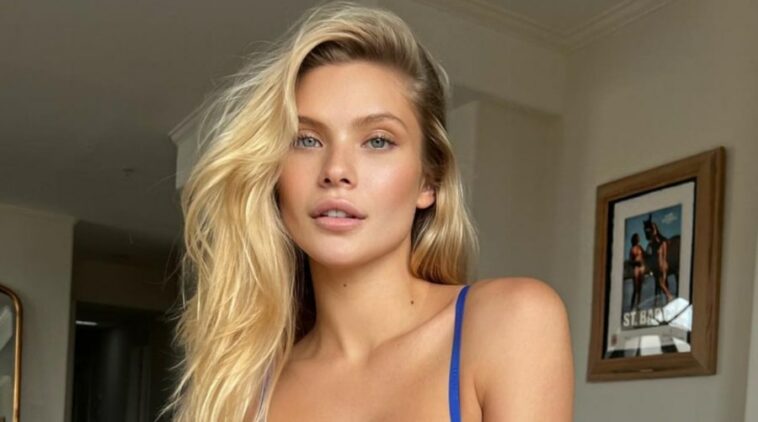 Josie Canseco is an American model and actress who is popular as the daughter of former Major League Baseball MLB Jose Canseco.

She debuted by following The Victoria’s Secret Fashion Show in 2018. Also, she is also famous as a model for Sherri Hill.

Josie Canseco pursued her first career in the modeling world. She appeared in music videos such as Kygo: Here for You and the YouTube series Summer Break in 2014.

She began her job as a model with her friend Charlotte D’Alessio when photographer Bryant Eslava shot them at Coachella Music Festival.

With this in mind, she made her debut as a model in 2016 in the Sports Illustrated Swimsuit Issue.

After that, Josie became a model for the Playboy in 2016, where she was named Miss June because of her striking figure in a semi-nude pose.

Later, Josie made her first ramp walk debut in the Victoria’s Secret Fashion Show. In this case, she made her debut as a professional model.

Josie has a long dating history with her boyfriend. She was spotted with several high-profile celebrities.

One of her famous connections was Mike Stud (Musician) for three years. During her time together, Josie appeared in Mike’s music videos. But they broke up on good terms in 2019.

After that, Josie had a fling with Brody Jenner, who belongs to the biggest celebrity families, The Jenners, and Kardashian. However, their fling ended in October 2019 after Josie had a relationship with G-Eazy.

Sadly, Josie and G—Eazy split after a short fling because he wants to focus on his career.

In early 2020, she started her relationship with Logan Paul, after the two were spotted holding hands at a market.

Moreover, when the two were separated, Logan revealed he was serious about their connection.

Furthermore, there is no information about her getting into another relationship since Logan Paul and Josie broke up in November 2020.

Her net worth is around $2 million. It is not surprising for the renowned to accumulate remarkable wealth from Josie. Her primary income is from her model career.

Josie Canseco has a successful career in the model industry. She made the biggest name after debuting in the big magazine and immense beauty.