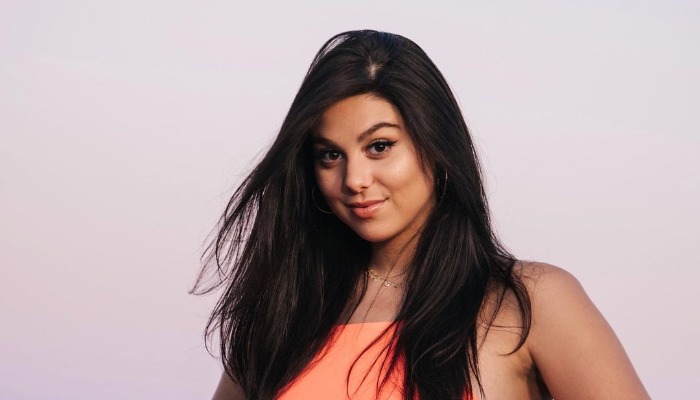 Kira Kosarin has been interested in the entertainment industry when she was a child. Her parents were Broadway performers, then she grew up dancing, singing, and acting.

She attended a ballet class every day when she was 8. She eventually got her on-screen debut in the Disney sitcom titled Shake It Up.

Then, her quantum leap was being chosen to play the role of Phoebe Thunderman in a TV series titled The Thundermans in 2013.

Two years later, she got a nomination from the Kids’ Choice Award as Favorite TV Actress. In 2016, Kira got the same nomination but didn’t win again.

However, her TV series won the Favorite TV Show from the 2016 Kids’ Choice Award.

She is not only known for her acting skill, but Kira also made her way to be a singer. In 2018, the woman released her initial single called Spy.

The next year, she produced Vinyl, along with the music video. Kosarin finally released her debut album named Off Brand in 2019.

2. Kira can’t be separated from her guitar

5. A close-up look from the singer!

Kira Kosarin is a complete version of an entertainer. The woman can dance, act, sing, and play instruments.