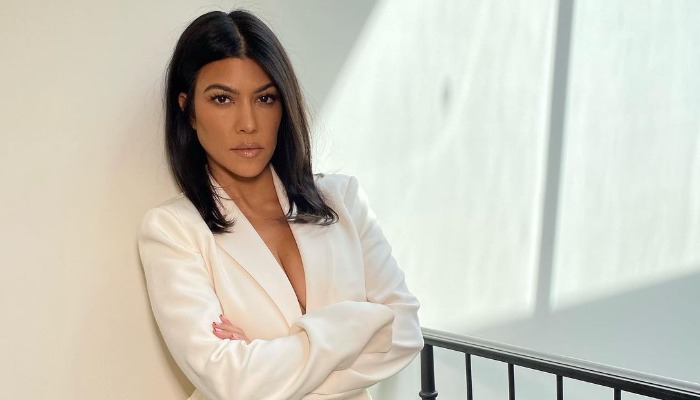 Then, in 2007, she, her sister, and Ray J, Kim’s former boyfriend, made a sex tape and it boosted their family’s popularity.

The series was aired on the E! channel and gained major success. They even created spin-offs including Kourtney and Kim Take New York and Kourtney and Khloé Take Miami.

The Kardashian sisters launched their various businesses in 2010. They were a clothing line named K-Dash; and Kardashian Glamour Tan.

She stepped on her acting debut in 2011 as a guest on One Life to Live. She took a role as an attorney named Kassandra Kavanaugh.

Then, she explored her career behind the camera as an executive producer for Dash Dolls in 2015.

1. She lays in bed with a black outfit and beige outer around her waist

2. Which one is shinier? Kourtney or the sunlight?

3. Her appearance for KKW fragrance

4. This outfit is designed by Dani Michelle

5. She wears yellow pastel overalls. Who believes she’s a mother of 3 children?

From all Kardashian and Jenner sisters, which one do you like the most? Is it Kourtney Kardashian?