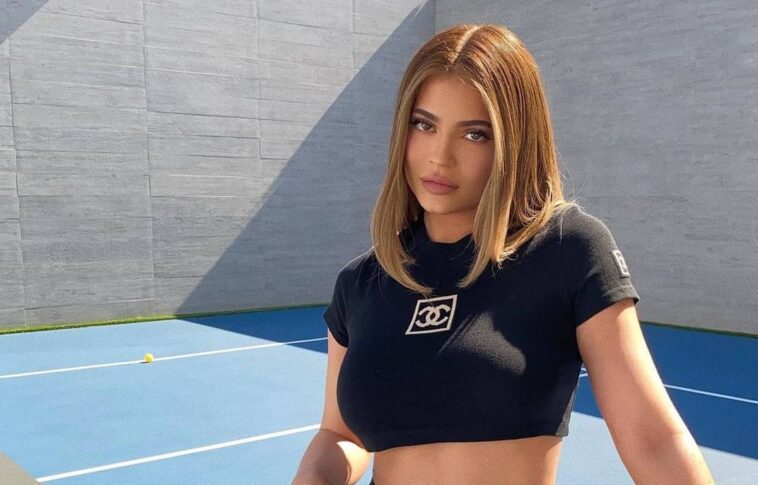 Kylie Jenner first showed up in television with her family in a reality show named Keeping Up with the Kardashians.

Since the show was successful, she received many offers as a host and model. Along with her sisters, Kylie hosted Glee: The 3D Concert Movie.

In 2011, she was selected as Style Ambassador for Seventeen magazine.

Kylie and her sister Kendall also published a novel named Rebels: City of Indra: The Story of Lex and Livia in 2014.

The next year, she appeared in Justine Skye’s music video titled I’m Yours. In 2015, she launched her lip kit named Kylie Lip Kit. It was hugely successful.

Then, she changed the name to Kylie Cosmetics and built a complete cosmetic company in 2016. This year, Kylie also made her rapping debut on TheGoodPerry’s song called Beautiful Day.

2. The black overall and her black jacket is a perfect outfit for winter

4. A close-up look from Kylie Jenner

5. The tiger pattern makes her look bold and wild.

Kylie Jenner is an influential media personality around the globe. No wonder she has millions of followers across platforms.