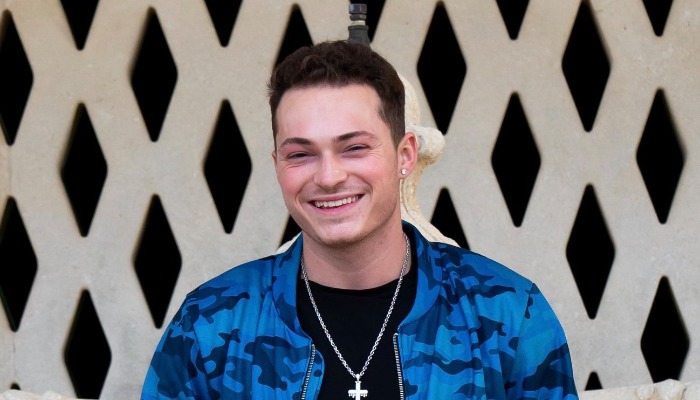 Lance Stewart started career on social media all thanks to his older sister, Sabrina Stewart, who introduced him to Vine. He started his social media career on the platform.

One of his videos that became famous was titled It’s My Money and I Need It Now. He gained more than 5 million followers before it was shut down.

Then, he created a YouTube channel with his name in February 2014. His first video was about a car show. He often does pranks on his family and friends, also daily vlogs.

He features his grandmother, known as Badass Grandmom, a lot in his videos. Due to his popularity, he was nominated by Short Awards for Vine Comedian in 2015.

He also joined TikTok and got millions of followers on that online-video sharing platform. Lance posted challenges, product reviews, and pranks.

Throughout his career, he has collaborated with other Internet stars, such as Amance Cerny, Brandon Bowen, and Marcus Johns.

2. He wears his own merch to promote it to his followers

3. Lance sleeps on the money

5. He poses in front of his car

Lance Stewart is a popular social media star. Despite his controversies due to clickbait videos, he always brings a laugh to his followers.