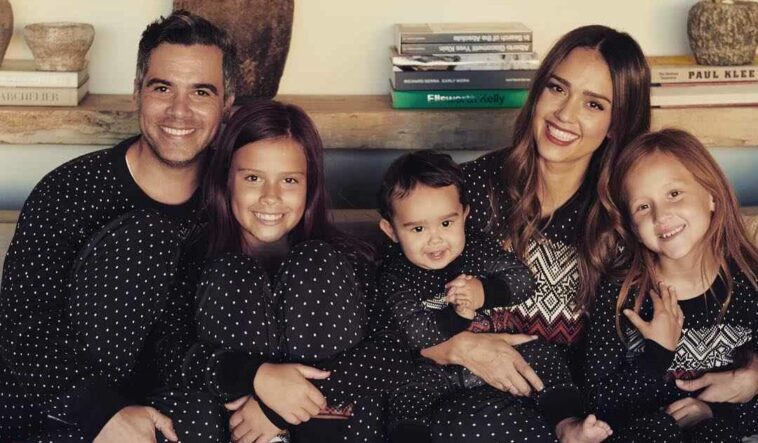 Jessica Alba is one of well known celebrities from Hollywood, who has a very talented acting skill.

In her 30s, She looks so beautiful and younger than her age. Moreover, she decided to marry Cash Warren. He is a producer and a son of actor Micheal Warren.

Jessica Alba’s family has a very sweet and adorable family life. We hardly find a negative or controversial issue, but positive and great news from them. Both Jessica and Warren look so in love with their partner and cute kids.

So, here are 10 lovely pictures from her family along with Cash Warren and her children, which will make you fall in love.

Read more: 10 The Hottest and Most Beautiful Chinese Celebrities

1. Jessica Alba firstly met her husband, Cash Warren when they were filming Four movie in 2004

3. They always posted a lovely and sweet photo of their family in social media Instagram

4. Since their lasting marriage, Jessica Alba and Warren have 3 children. They are Honor, Hayes, and Haven

5. The oldest Honor Marrie Warren was born in June 7, 2008. Many people said that her face is look alike with her mother

7. They love doing some trip together or just celebrate a special day with family

8. Her family even had cute nails. Look! Her husband also does the same thing which is awesome

9. Moreover, Hayes Alba Warren, their third kid, is the first son as well as the youngest among all. He was born on December 31, 2017

10. Now, all of the kids already turned to be a teenager who looks so pretty and handsome

Read more: So Cool! 10 Outfit Ideas From Lizzo That You Can Follow

A long lasting marriage of Jessica Alba and her husband as well as how they treat their families first, teaches us how to have a beautiful family life as parents.

Then, What do you think about their relationship? Don’t Jessica Alba’s family look so adorable together at those photos above?