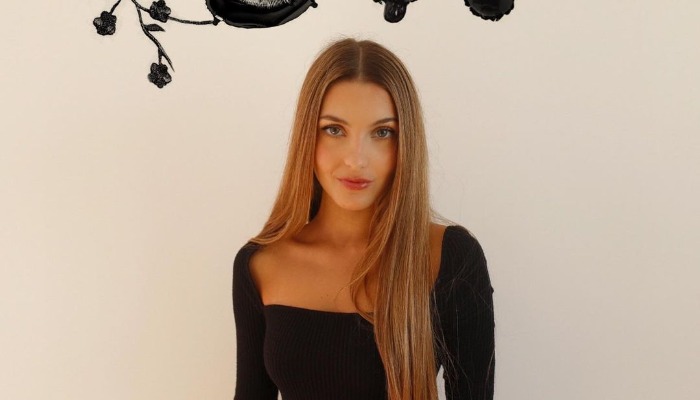 Lexi Rivera got famous after being featured on his brothers’ YouTube channel. Thus, even before she started her social media career, Lexi had owned a huge fanbase.

Previously, Lexi was an elite gymnast. She participated and won many competitions when she was in school.

In April 2018, she appeared in a web series called Brobot, released on his brother’s YouTube channel.

Lexi then published a video on her YouTube channel in July 2018, when she held a Q&A session. Lexi continues uploading pranks, challenges, and vlogs on the channel.

One of the most popular uploads on her YouTube channel is when she did a 24-hour pregnant challenge. There, she strapped a fake seven-month pregnant belly to simulate being pregnant.

Throughout her career, she was featured in the famous media AwesomenessTV and A-list Nation magazine.

She also has collaborated with famous Internet stars, such as Ben Azelart, Sofie Dossi, and Stokes Twins.

2. Her brown long hair is stunning

3. She is ready for a summer picnic!

5. She looks elegant with a white dress and high ponytail

Lexi Rivera is a pretty social media star. She is smart to seek opportunities to become famous by following her brothers’ social media career.