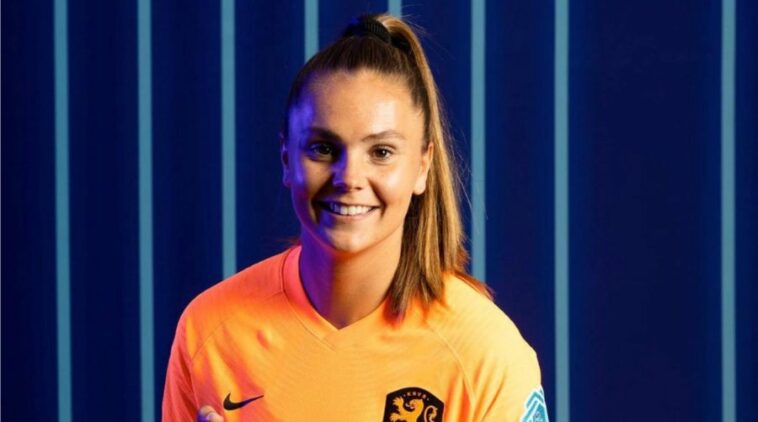 Lieke Martens began playing football when she was childhood. When she was 5, she joined local club RKVV Montagnards.

She went to the Boxmeer club Olympia 18, when she was 13 and played with the boys team because of the persuasion of the coach.

In 2008, she went to the Hogeschool van Amsterdam before going to Heerenveen to begin her professional career.

She made her debut when she was 16 by joining SC Heerenveen. While at SC Heerenveen, she appeared in 18 matches and scored twice.

After spending one season with SC Heerenveen, she goes to the newly formed VVV-Venlo women’s team in her hometown of Limburg.

In VVV-Venlo, she played in 20 matches and scored 9 goals. She spent one season at VVV-Venlo and scored the club’s first ever goal.

While she was in Standard Liege, she made her UEFA Women’s Championship League debut and scoring in a match against Brøndby IF.

She spent a year in Standard Liege and then moved to FCR 2001 Duisburg because it is close to the Limburg. Her transfer was delayed because of a paperwork mix-up within the German Football Association.

In 2014, she moved to Swedish side, Kopparbergs and made her debut in a match against Vittsjö GIK. She spent one season with Kopparbergs before moving to Rosengard in next season.

She joined Rosengard on a one year contract, then signed with Barcelona for a three year contract. Her debut for Barcelona was as a substitute in a match against Zaragoza CCF.

In the 2018-19 season, she should deal with an injury and play again in 2019 in a match against Atletico Madrid. She made a transfer to Paris Saint-Germain in 2022 for a three year contract.

She was part of the Netherlands youth team and once scored the within 15 seconds of the pitch.

In 2011, Lieke Martens made her debut for Netherlands senior team in a friendly match against China. She became a regular national player since 2012.

“I started playing football at the age of five and I don’t think I’ve stopped since. I wanted to be like Ronaldinho and tried to copy his tricks in my back garden. To have been able to wear the same FC Barcelona colours as my hero still makes me smile every time I think about it. Football has become my life and I want to share that life with you”

“I got kicked more because the boys didn’t like when I dribbled past them. It made me stronger, I wanted to show them girls could play football.”

“When I first came to Kopparbergs/Göteborg FC we had to do a dance and lip sync to a song. Along with my teammate, Loes Geurts, we danced and lip synced to ‘Tik Tok’ by Kesha.”

“I have found Sweden to be very welcoming. I enjoy the people, the culture, and the city.”

“I like to go shopping and hang out with friends and teammates outside of football.”

“I’ve played in the Netherlands, Belgium, Germany and now Sweden, Everywhere I’ve been has been good for me, and I think I’ve made the right decisions so far. Even so, it’d be good to stay in one place for a little longer now, to help my development more.”

“But in other clubs women have to work. We don’t have to earn millions, I’m not asking for that, but if you really want to improve the level of women’s football there should be more opportunities to focus only on football.”

“Women’s football was really growing. When I got an invitation to play for the national team under-15 side I felt this is really what I love. People used to laugh at me, but now I can laugh at them.”

“My team mates knew what I could do so they were really happy I was on their team. But the opponents would say ‘Oh no there’s a girl, she can’t play football’. Even their parents would shout at me.”

Getting laughed at by people because she chose to play football when she was a kid didn’t discourage her from pursuing football and making it into her career.