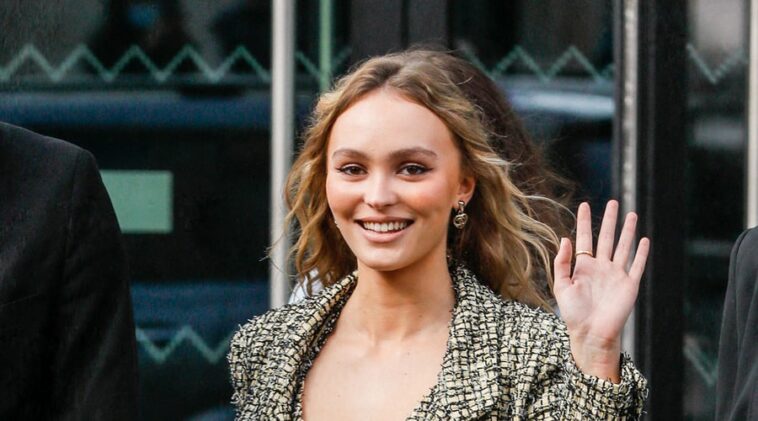 Lily-Rose Depp began her acting career in 2014 with a concise role in the movie Tusk alongside her father, Johnny Depp, where she played the character of Colleen Collette.

She was then highlighted in the April 2015 issue of the Oyster, which is an Australian magazine. Around the same time, she turned into the ambassador of Chanel’s eyewear line.

A year later, she repeated the character of Colleen Collette in the movie Yoga Hosers. That very year, she was chosen to represent Chanel’s new fragrance No.5 L’Eau.

Her acting career kept going up as she got a role in the movie The Dancer (2016), which is a French historical movie coordinated and composed by Stéphanie Di Giusto.

In 2017, she was projected in a promotion campaign for Chanel’s beauty line and then made her debut on the small screen with the TV series La nuit des Césars and Habillé(e)s pour l’hiver.

The other TV series she starred in was The Idol (2022) where she acted alongside the K-POP idol Jennie Kim from the girl group BLACKPINK.

Lily-Rose Depp has long stepped out of her parents’ shadows and made a name for herself in the entertainment industry, which was easy considering the talents she has.