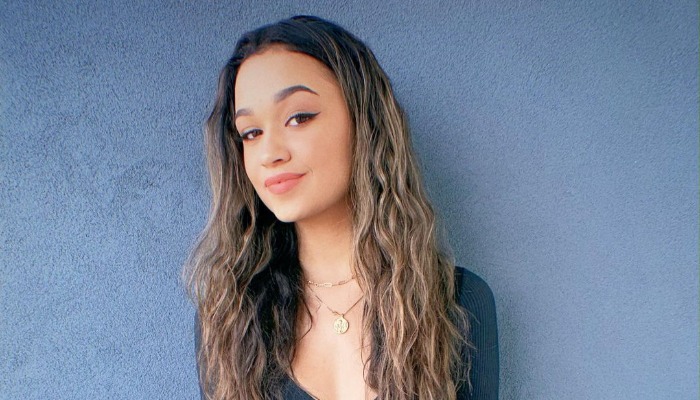 Madison Bailey got more popularity after she starred in Outer Banks, a Netflix show in 2020. It is about some rebellious teens who go hunting for gold that is worth 400 million USD.

Long time before that, she started her acting career in Constantine, a TV series, as Caroline for one episode.

After finishing high school, she became more serious about her career. She appeared in Mr. Mercedes, and it was followed by Murder Chose Me in 2017.

She starred in a movie titled Fist Fight, but it was uncredited. Then, she also appeared in Night Club Secrets and Two Roads in 2018.

Madison appeared in Black Lightning as Wendy Hernandez for 6 episodes. Her first recurring role was in the Council of Dads in 2020.

She has been selected as Fendi’s face. She took over its Instagram for a whole month in October 2020.

Also, she had worked with famous media such as Harper’s Bazaar, Entertainment Tonight, and MTV News.

1. The red boots stand out!

3. She looks mature in the grey dress

5. A close-up look from Madison!

Madison has captured the hearts of a huge audience. She has tons of fans crushing on her the day her films launched.