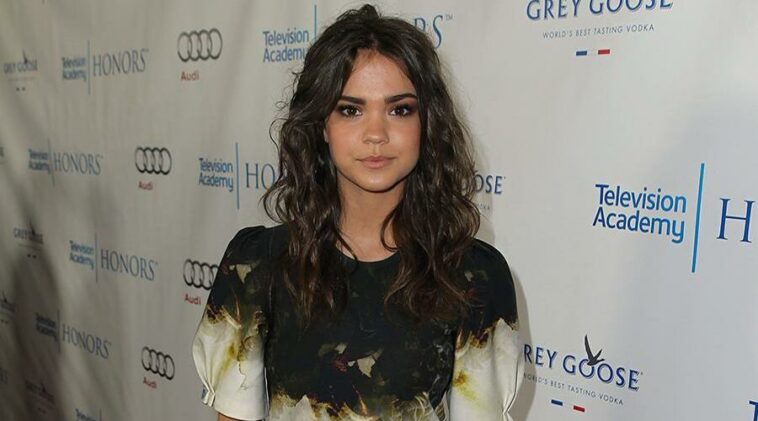 Maia Mitchell started her acting career by appearing in school plays. She was soon discovered by an agency and cast in the children’s TV series Mortified in 2006.

The series was so popular that it aired for two seasons. She then appeared in the Australian TV series Trapped in 2008 and officially made her name known as an actress.

In 2012, she had her first acting job on the big screen with the movie Zombies and Cheerleader, which later opened a door of opportunities for her.

She reprised the role of McKenzie in the sequel movies Teen Beach 2 in 2015, which was just as successful as the first movie.

Her big breakthrough came when she showed up in the family drama series The Fosters (2013). Her performance was commendable and widely praised by critics.

“I’m trying hard to keep my Australian accent. My mom would disown me if I didn’t.”

“I personally want to come across as authentic and real. I don’t judge anyone.”

“I get on social media sometimes. I think it’s good to find a balance and to be able to put your phone down.”

“I don’t want to be that girl hobbling around in heels, falling in snow.”

“If I’m in work mode and going to meetings, I’ll make an effort and dress up, but when I’m at home or just chilling, I’m in beanies and jeans and sneakers.”

“I’ve never been to acting classes or anything like that. Everything I do is quite instinctual.”

“My mum always encouraged me that less is more, make-up wise. I think that’s why I feel more confident when I have a fresh and natural face.”

“I play guitar, so that’s kind of my outlet, but its just something I want to keep for myself.”

“I’d love to start doing some films and really kind of pursue acting as much as possible. That’s really where my main focus is.”

Maia Mitchell has always been vocal about her love for acting ever since she was young. Besides that, she also has the talent to dabble in the music industry.